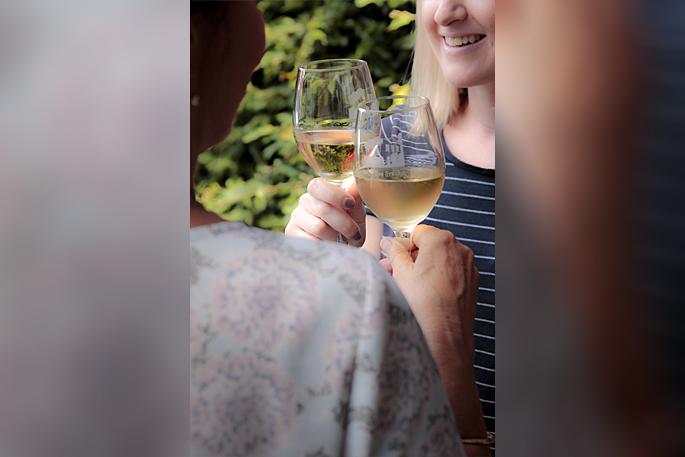 The areas are all beaches, reserves and public places on the seaward side of Marine  Parade, eastwards from its intersection of Grove Avenue to the intersection of Tweed Street, Omanu Surf Club and car park area and Waiariki Street.

At the recent council meeting on Tuesday, November 19 the councillors voted to make these temporary areas alcohol free 24 hours a day seven days a week from December 26 until January 6, 2020.

Councillor Steve Morris is in the support of the bans.

“I believe this is in the public interest just over this period of time, it does give our residents a break from what is a very active period of time in our community.

“It also enables law enforcement to conduct their business efficiently as well so I speak in support of the motion.” 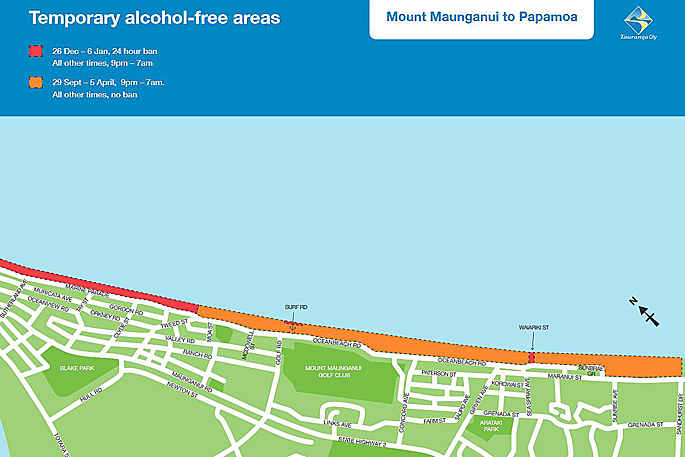 A map of the liquor ban areas along the coastal strip. Image: Tauranga City Council.

Tauranga City Council general manager, regulatory and compliance, Barbara Dempsey says, “We want to make sure everyone feels safe in our city”.

“The liquor bans were put in place to curb alcohol-related incidents and the antisocial behaviour.

“The Police were also in favour of more powers to help them address alcohol related issues.”

There are also some temporary alcohol free areas during events over the summer season.

During the Bay Dreams festival all public places between Girven Road, part of Gloucester Road to the end of Truman Lane are alcohol free from 10am January 1 to 6am January 3, 2020.

More information about the alcohol free areas can be found on the council website.

As has happened the last two years ratepayers feel the brunt of the irresponsible idiots that spoil it. Council must take responsibility and make sure the police do their job. Eversham Road reserve is party central when bay dreams is on. Everyone preloading,been sick, freedom camping,boom boom music to all hours. Phone calls to council but nothing happened. The ratepayers are forced to endure this. Council prints these alcohol free sheets so enforce them. We the ratepayers pay your wages.

@SAllen - Take it up with the minority

Then take it up with the minority. I imagine the council and police get hundreds of complaints of people being drunk and disorderly on the beach/seafront. Unfortunately that means they have to police it to prevent this. Unless you’re going to be a vigilante and police the drunk and disorderly for the rest of us then great, responsible people can have a drink in these areas. If you’re not going to, then drink your wine and watch a cruise ship on YouTube.

Why should the minority spoil it for the majority? I’m a responsible ratepayer and if I want a drink of wine with my picnic while watching a cruise ship depart, why shouldn’t I? Treated like imbeciles. Ban everybody so it’s easier to police, that’s Councils stance!