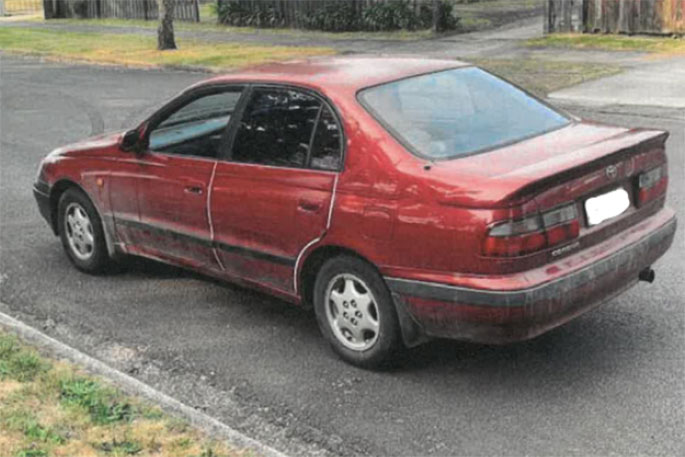 Police are seeking sightings of this vehicle. Photo: NZ Police.

Three people have been charged in relation to an aggravated robbery at a Bay of Plenty liquor store.

Members of the Eastern Bay of Plenty CIB arrested and charged two youths and an adult on Monday afternoon in relation to an aggravated robbery of the Matata Liquor Centre on November 16.

The adult, a 19-year-old man, was due to appear in Whakatane District Court today.

The two youths will be appearing in Youth Court, says a police spokesperson.

"As part of the operation a number of addresses were searched in the Kawerau and Lake Rotoiti areas and items of interest including a weapon were recovered.

"Police are continuing to make enquiries into the movements of the three offenders on the day of 16 November.

"Police are appealing to members of the public who were driving on Manawahe Road, and traveling between Lake Rotoma and Lake Rotoiti on Saturday 16 November between 11.30am and 2pm."

Anyone who saw a maroon Toyota Corona (pictured), or who may have found or seen any discarded clothing items or a knife or hammer at those locations, is asked to contact Whakatane Police on 105 or Crimestoppers anonymously on 0800 555 111.