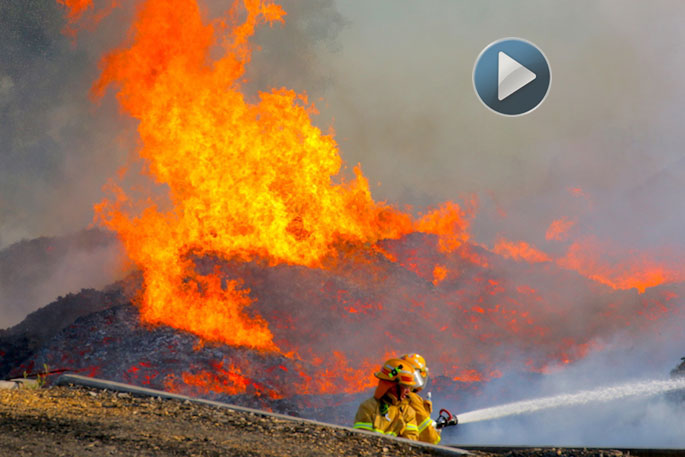 The fire reached “third alarm” which means multiple fire crews were need to battle the blaze. Photos and video by Daniel Hines/SunLive.

A fire investigator is expected to return to the scene of a “massive” fire in Mount Maunganui this morning.

New Zealand Fire and Emergency received multiple calls to flames and black smoke coming from the refuse station on Tip Lane around 5.20pm.

He says it reached “third alarm level”, which means multiple fire appliance were needed to battle the blaze.

It total, 16 appliances were called to the scene. 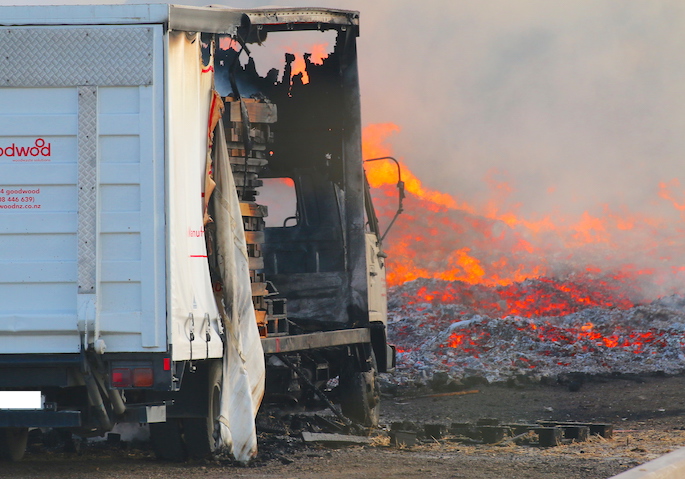 “It was pallets and a truck on fire. We had multiple crews battling the fire and providing protection.

“There is a fire safety investigator returning to the scene today.”

John says the fire escalated quickly from when the first fire crew arrived at the scene, and additional firefighters were need to battle the blaze.

There were no reports of injuries from the fire. 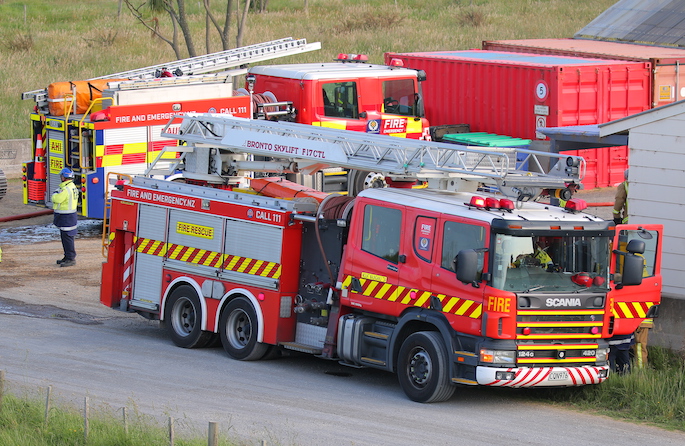