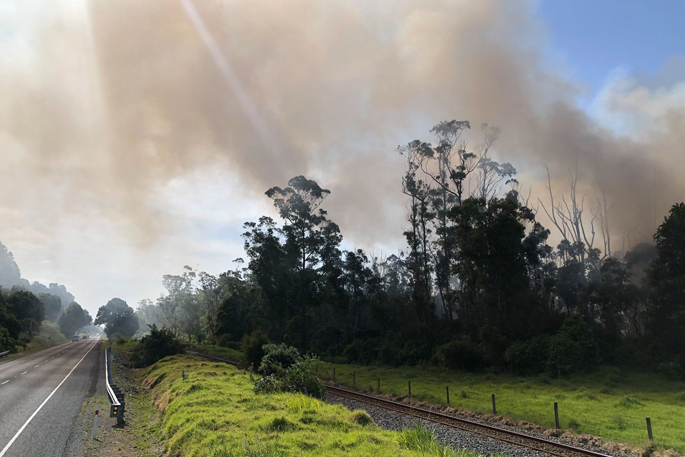 More than 30 firefighters fought a bush fire along the Matata Straights on Saturday afternoon.

Also responding at the time was the rural officers for the Bay of Plenty, says the Matata Volunteer Fire Brigade Facebook page.

“Shortly after heading out from the station in MATA941, we saw the large plume of smoke and immediately called for a tanker from Edgecumbe and a rural fire crew from Whakatane as we knew we would need more water than we had on-board and a lot more assistance.

“At the scene, our crew grabbed hand tools and crossed the railway line to investigate further and soon we requested additional appliances from Edgecumbe and Pukehina along with another tanker, which was dispatched from Greerton.

“All tolled, we ended up with about 30 firefighters and six trucks on scene along with police and later road works crews to help keep traffic under control.

“The fire spread rapidly at first but after an hour or so of hard work, crews got the fire under control and crew continued with dampening down for another two hours.

“All in all it was a great effort by all crews to get this fire under control and we were all packed up and recommissioned our equipment by 8.30pm.

“FENZ are now investigating the cause of the fire with the assistance of the police.” 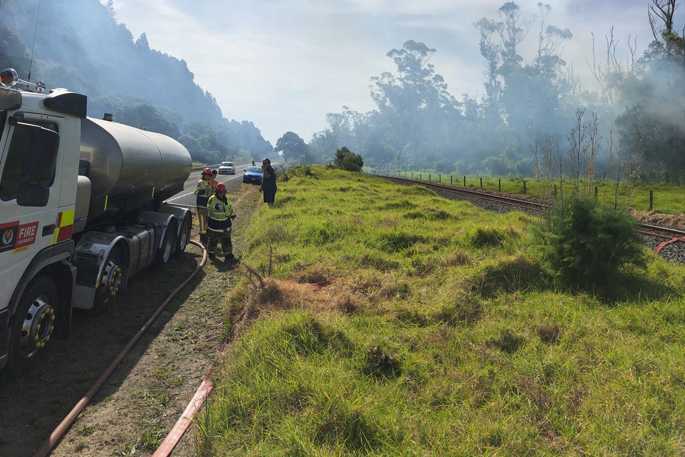