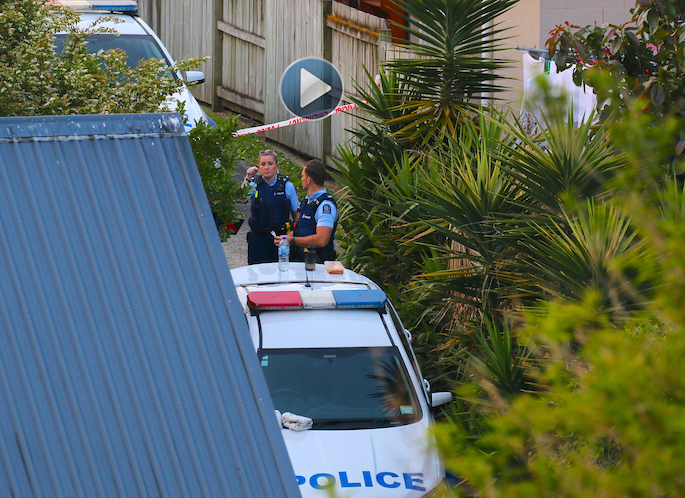 Click the image above to watch the video
A man has been shot and killed by Police in Tauranga today after a 14 hour stand-off.
The Bay of Plenty District Commander, Superintendent Andy McGregor spoke with media at 5.30pm following the incident.
“This afternoon a man was shot dead by Police in Oriana Crescent, Bellevue, Tauranga.
“Police were called to the address just after midnight this morning by a woman who had been threatened with a knife.” 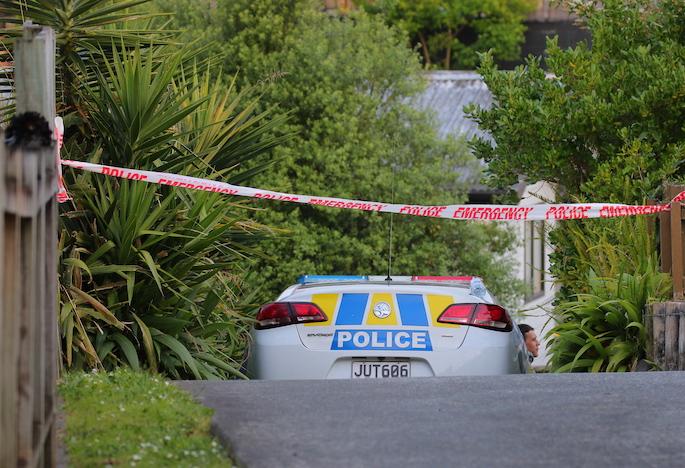 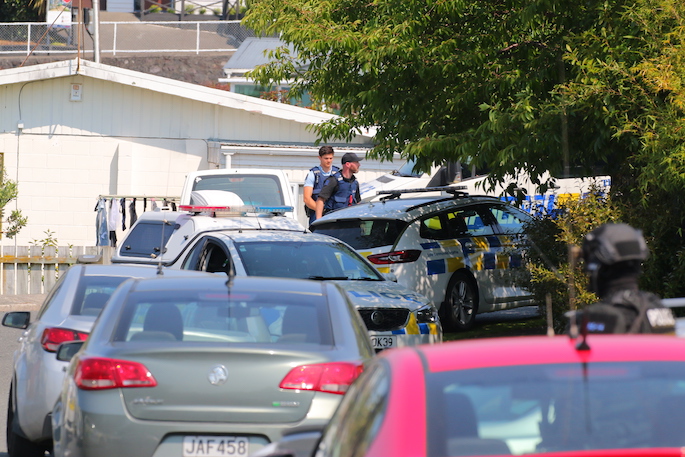 The woman had managed to escape the house, making her way to a neighbour’s house where she called Police at around 12.25am.
On arrival, Police were informed about concerns for the three children still in the house, aged 11, six and four years old.
Due to those concerns, Police entered the property, where they found the man holding a second weapon - a large machete to the throat of one of the children.
“He threatened to harm that child if the police did not leave the address.” 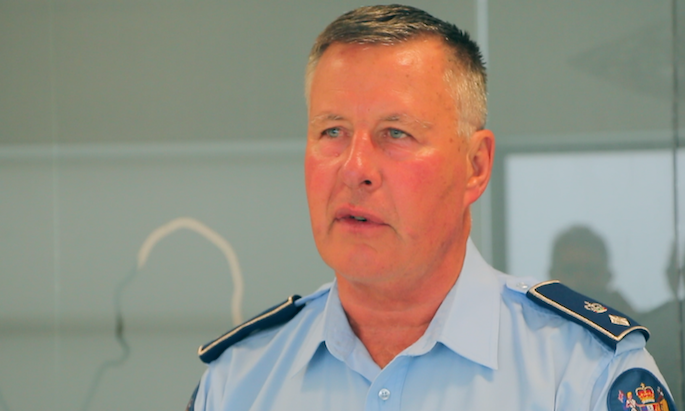 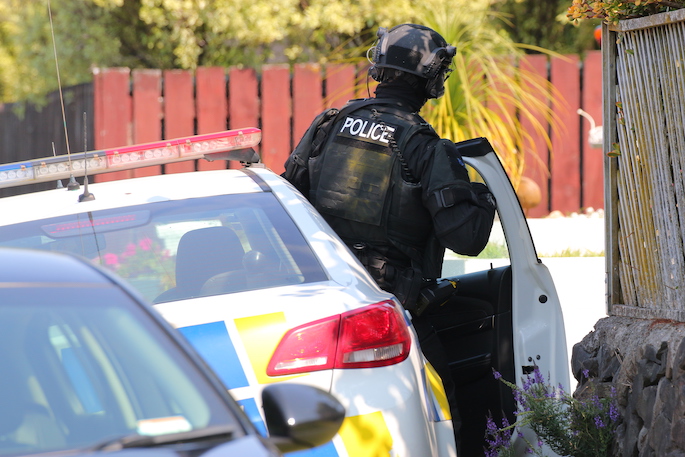 The man retreated into a wardrobe with that child and a second child, and Police left managing to take the third child with them. The Police Negotiation Team and Armed Offenders Squad then arrived at the property and worked to bring the situation to a safe and peaceful conclusion.
“The Police Negotiating Team tried everything to resolve the situation peacefully. They also use psychologists, and look at the profile of the offender.”
The man only intermittently engaged with attempts to communicate with him.
Police’s concerns for the two children remaining in the house grew as the day went on. 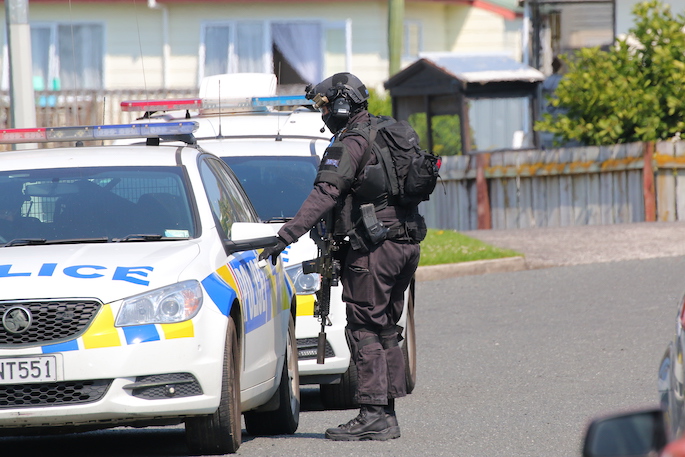 “This afternoon we received medical advice that there were grave concerns for the safety of the children due to dehydration, lack of food, their very young age and the fact that where they were being held on the first floor of the building was extremely hot and stifling.
"The decision was made that we were not going to get any further with the offender, and there were grave concerns for the children.”
The Police made the decision to enter the address, which they did, just before 3pm.
“On entry at the address the offender had a knife at one of the child’s chest. He was then shot. He died shortly after,” says Superintendent Andy McGregor.
“The children that were still at the address were managed to be evacuated safely.”
Two of the children, age four and six, were taken to hospital. The condition of the children is unknown at this stage.
“Our feelings are with the family at this moment. This is a very traumatic event for them and it's something that no one should ever have to go through, and we're offering them support.
“This was also very traumatic for our own staff, but in the end, we've got two children who are out safely.” 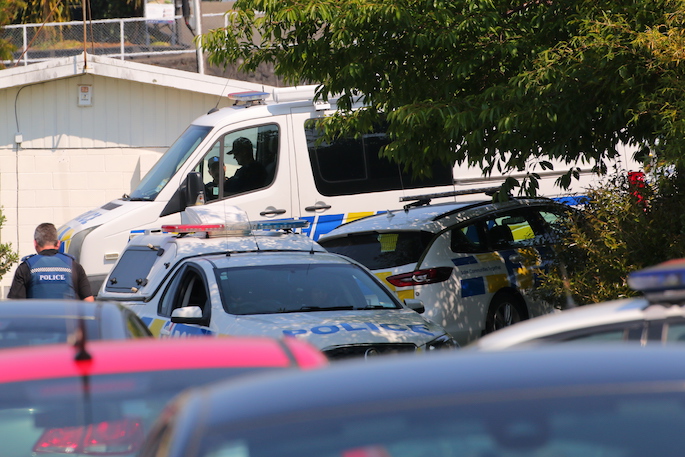 Superintendent McGregor says Police had no other option but to shoot the man.
“If you think of the situation where the offenders got a knife to the chest of a child and he’s been behaving irrationally right throughout the day, he's already threatened a woman that had to leave the house, with a knife. It’s sad but there's no other option – we had to get those kids out of that house safely.”
The Independent Police Conduct Authority have been advised of the incident and the matter will be referred to the coroner. 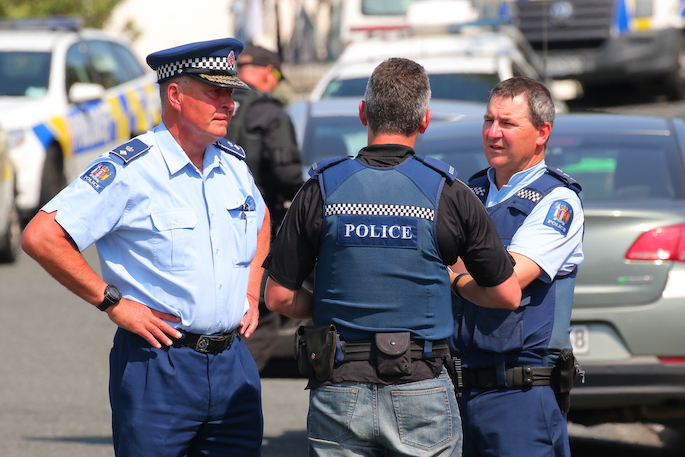