Life beyond injury - taking the next step 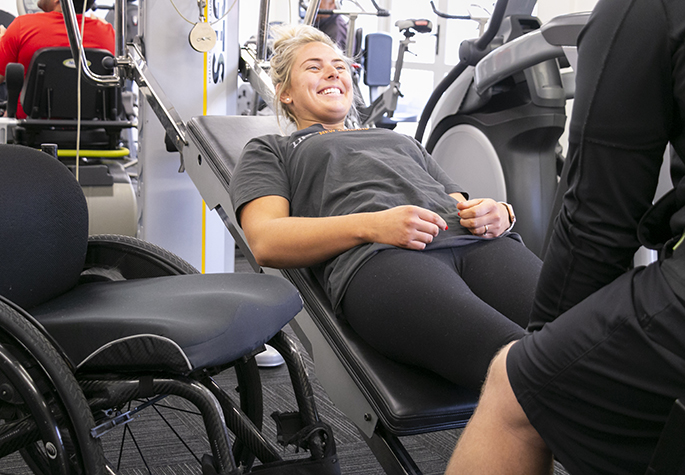 Casey Waterhouse, who was paralysed after a motorcross accident. Photos: Bruce Barnard.

A friend of mine was hit by a train years ago, losing the ability to stand, talk and move anything much apart from his face and one arm.

We communicate, with some difficulty, through smiles and finger gestures and he’s able to indicate his support of the All Blacks, and tell me if he’s had one, two or three cups of coffee that day.

He sometimes sits next to my piano when I’m playing at the beach, or watches passers-by from under his garden umbrella.

I wonder whether it’s possible for him to get back any more mobility and wish we could communicate better. Spinal cord injuries can have such life-altering consequences and I’d love to unlock the door so he can more ably express his thoughts.

While reflecting on this and wondering how far spinal cord injury research had come, I heard about NextStep, so went along to find out more. 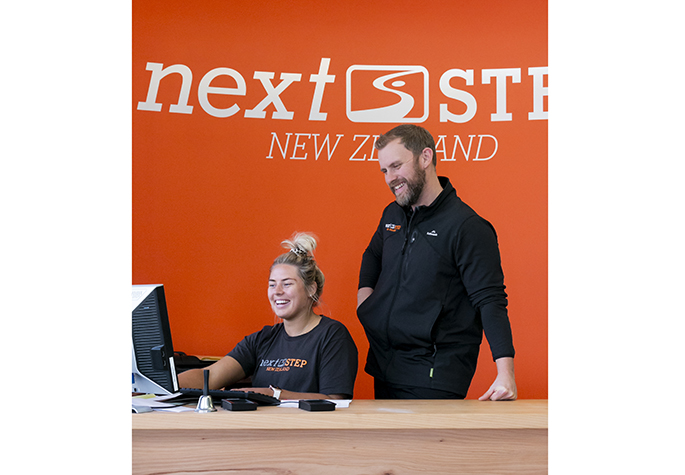 Casey Waterhouse greeted me warmly at the front desk. It was only later that I realise she is unable to walk.

“I had a motorcross accident,” says Casey. “Broke my back at T4 and was paralysed. Three months in hospital.”

She can’t walk, but she can drive. And it’s clear she has recovered quite a lot of mobility.

“I’m pretty determined. When I got out of hospital, the rehab I chose to do here has made it better, because no one here is telling me I can’t walk. I’m working with people that believe in me.”

The facility has been based at Mount Maunganui for about 12 years, was previously called SwitchedOn, and was purpose-built for this sort of rehabilitation and recovery. Aaron Balsom and Brennan Mullan recently took over, rebranding it NextStep New Zealand, reflecting the new relationship with the global franchise NextStep. 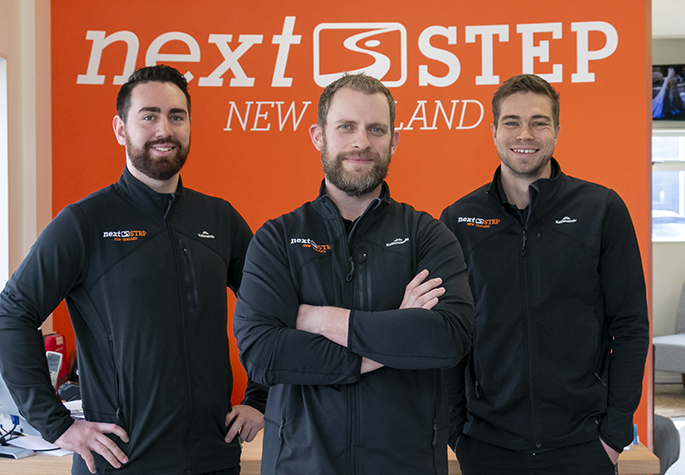 Both have completed sport science degrees, but the specialist field they work in is exercise physiology.

“That’s sort of between what a personal trainer and a physiotherapist do,” says Aaron. “We work with people with complex medical conditions that other gyms wouldn't feel comfortable working with.”

“We’re also a bit quieter and accommodating for people who want to feel safer and have supervision from someone who knows what they’re doing,” says Brennan.

“We’re not exclusively for people with disabilities or health conditions,” says Aaron, “but I'd say probably 90 per cent are people who may not feel comfortable in a regular gym, or that might have challenges accessing appropriate equipment elsewhere.” 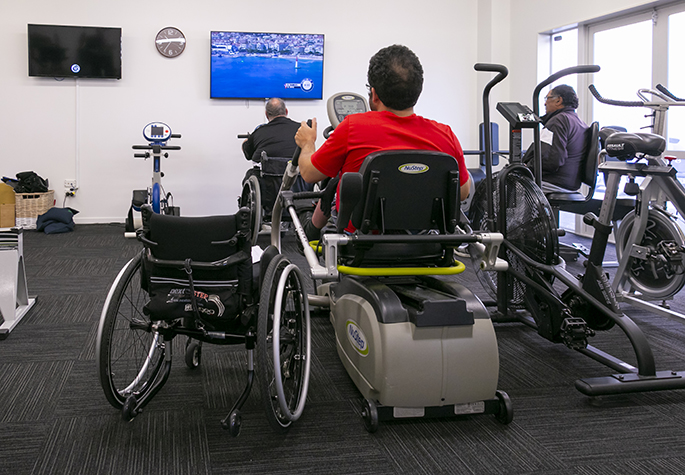 The gym is unique to New Zealand.

“There are two main spinal cord injury centres in NZ. When you have an accident you go to those centres for treatment. We’re the first activity based therapy facility.

“Once people have had that initial spinal cord rehabilitation they often don’t know what else is out there for them. We’re trying to fill that void so people have long term rehab to work towards.”

There’s often the misconception that people can’t do much after a spinal cord injury.

“One of our first clients could only move his neck so he thought there was nothing he could do. We managed to get some arm function back and this little change was quite life-changing for him.” 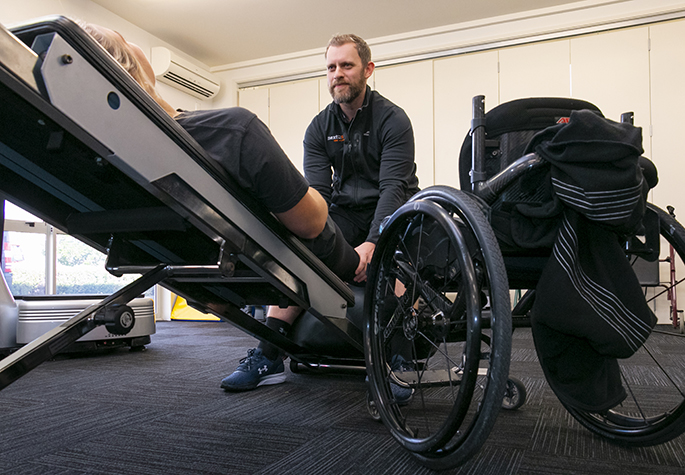 Their NextStep facility is the first of the US-based global franchise to be opened in the southern hemisphere.

“We’re all linked with the universities that are doing the latest research on spinal cord injury,” says Aaron. “They share their information around the centres and the centres provide research back, so there is a crossover where the clinical stuff is going straight into real life application. This is enabling us to keep up with the latest recovery strategies.”

Aaron says that the incidence of new spinal cord injuries per year is around a 100 but the effects of a spinal cord injury can last a long time, which is why centres like their one is so important.

“But also, a lot of our clients are seniors who don’t have access to facilities and can’t get on and off the equipment. We get a whole range - people who may have had a hip or knee replacement and need some specialised exercise for that, so it’s not just spinal cord injuries.”

On the spin bike, Casey is able to put her feet into the cups and push the pedals around.

The adaptive equipment is designed to be fully accessible. The NuStep is a cross-trainer with adaptive braces, and the MOTOmed allows staff to strap client’s feet into the machine, after which it gently cycles the legs, improving circulation. The rower has an attachment, allowing wheelchair-bound people to row. There’s also the standard treadmills and bikes found at most gyms, and the bathrooms have accessible showers.

Casey is at NextStep most days.

“There are people out there who have recovered and proved everyone wrong,” says Casey. “I think you just choose where you want to be and don’t listen to anyone else.”

NextStep is located at 14B Hocking St, Mount Maunganui. 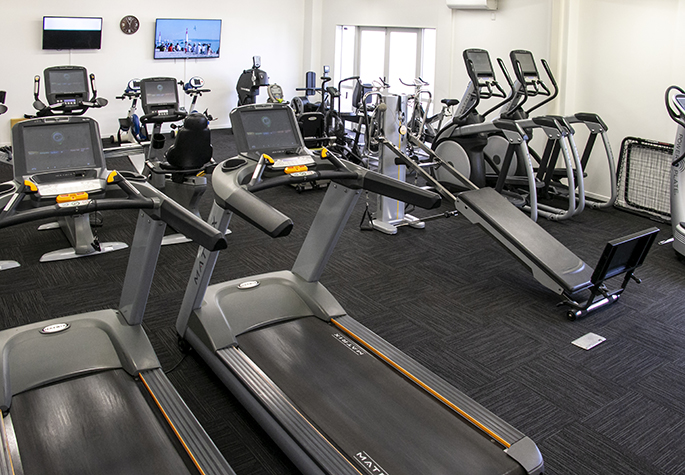