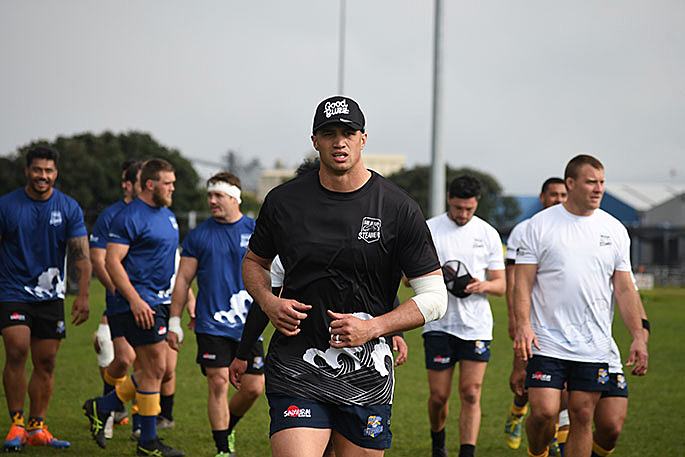 Bay of Plenty lock Baden Wardlaw has announced his immediate retirement from rugby because of an historic medical condition.

The 29-year-old had realised his lifelong dream when he was named in the Blues team for the upcoming Investec Super Rugby season.

However, medical checks showed that he has three fused vertebrae in his neck, and after further tests and extensive expert opinions, the advice was that he should not play rugby again.

Blues coach Leon MacDonald says he is gutted for Wardlaw, who was set to become the oldest rookie in the team.

“Baden has worked so hard and impressed us with his work ethic and quality of play.

“We are bitterly disappointed for him but at the same time this is a very serious condition which could have been life-threatening.”

Wardlaw said he was born with the condition but had always played sport and been active throughout his life, playing rugby for Bay of Plenty through the age grades before focussing on his family and career.

He returned to rugby four years ago, putting his career on-hold to give the sport his full attention and playing a key role in the success in Clayton McMillan’s Bay of Plenty Steamers side.

“I thought I had finally made it. This was my dream to play for the Blues,” Wardlaw says.

“I have had the fused vertebrae since birth and it has not stopped me doing anything. But to then receive this news that I should give up rugby for the rest of my life is hard to come to grips with.

“The medical people have gone to a number of specialists and they have all said the same thing. That is that if I got a knock in the wrong position I could end up as a tetraplegic or worse, I could die.

“I need to be thankful that this was found out, although right now I am still gutted because this was my dream.”

Wardlaw, a competitive cross-fit athlete, said that fitness has always been an interest, and he will look to move into strength and conditioning training as a way of remaining in the sport.

The Blues are expected to announce a replacement in the coming days.