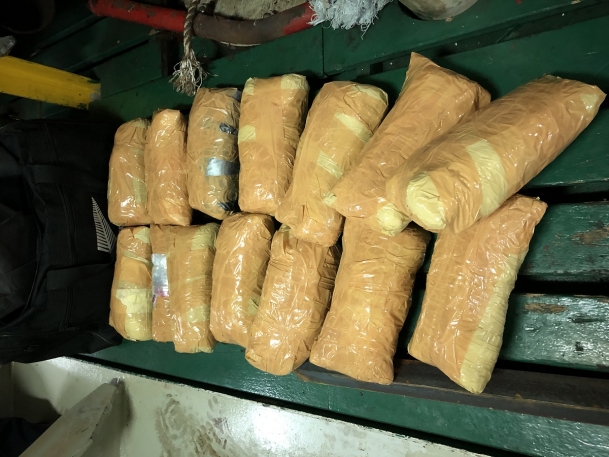 Some of the seized methamphetamine. Supplied images.

Customs has arrested two Fijian nationals, who arrived in Tauranga on a commercial vessel earlier this week, after locating at least 34 kilograms of methamphetamine on board.

The arrested men, both in their thirties, appeared in the Tauranga District Court on Wednesday afternoon.

They face charges for the importation and possession of a class A controlled drug, which carries a maximum penalty of life imprisonment.

The 34 kilograms of methamphetamine seized is worth up to NZ$17 million. Its seizure has prevented up to $42.1 million of potential social harm to New Zealand communities.

The vessel arrived in Tauranga from Fiji on 18 November and a subsequent search of the vessel located the methamphetamine hidden in bags in various locations on board the ship.

Approximately FJ$16,000 found on board has also been seized by Customs.

Customs investigations manager Bruce Berry says this seizure is a reminder that Customs is active in seaports across the country.

“This vessel was identified as posing a potential risk before it arrived in New Zealand, and the seizure is the result of some very good work by Customs frontline officers in Tauranga - one of the main shipping hubs into New Zealand.

“Customs conducts targeting and risk assessment for all seaports and vessels, and we maintain a presence at the regional ports to defeat and deter smuggling activities.” 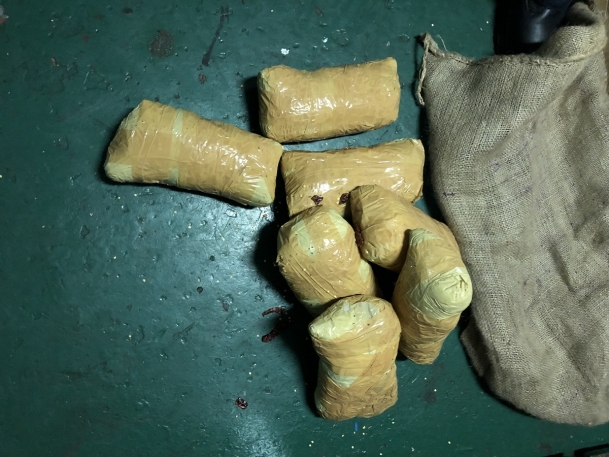