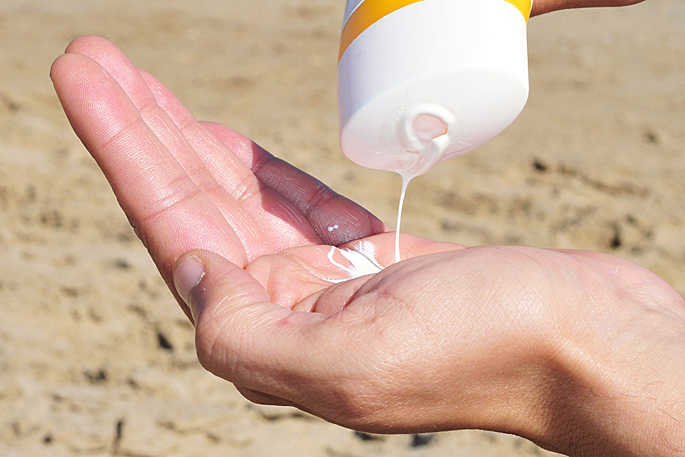 Sue says the Cancer Society Everyday Sun Lotion SPF50+ was tested at two different labs and returned a maximum of SPF30. To claim SPF50+, a sunscreen has to achieve SPF60 in lab tests.

“As a result of our findings, the Cancer Society said it’s withdrawing the batch of the product we tested. However, given the reports we have from two separate labs showing the sunscreen doesn’t measure up to its claimed performance, we’ve asked it to recall all batches of this product.”

“In August 2019, the US Food and Drug Administration announced AMA’s owner had been charged with, and some staff had pleaded guilty to, falsifying test results from 1987 to April 2017.

“For many years, sunscreen companies have been sending us test results from AMA that conflicted with our tests.

“We think companies relying on these results should urgently re-test at a different lab to ensure they can back up claims.”

In its 2018 round of testing, Consumer NZ found only four of 19 sunscreens met their SPF label claims and requirements for broad-spectrum protection.

“New Zealand has one of the highest rates of skin cancer and melanoma in the world but the sunscreen standard remains voluntary.”

In April, Consumer NZ made a submission to the Ministry of Health supporting sunscreens being required to comply with the Australian and New Zealand standard.

Sue says her organisation had also asked for regulations to specify how often sunscreens must be tested and include minimum requirements for test labs.

Full test results will be available on consumer.org.nz.

Look for sunscreens with an SPF of at least 30, plus water resistance and broad-spectrum protection.

Apply sunscreen at least 20 minutes before going outside.

Apply plenty – about one teaspoonful (5ml) for each arm, each leg, your back, your front and your face, which includes your neck and ears. That adds up to about 35ml for a full-body application.

Ignore “once-a-day” claims. Sunscreen should be reapplied often – every two hours you’re outside.

A sunscreen is only one part of your defence. Cover up with suitable clothing, a broad-brimmed hat and sunglasses. When the sun’s rays are most intense, between 10am and 4pm, September to April or when the UV index is greater than three, limit your time in the sun.

I am prescribed sunscreen and it is one that is listed here!