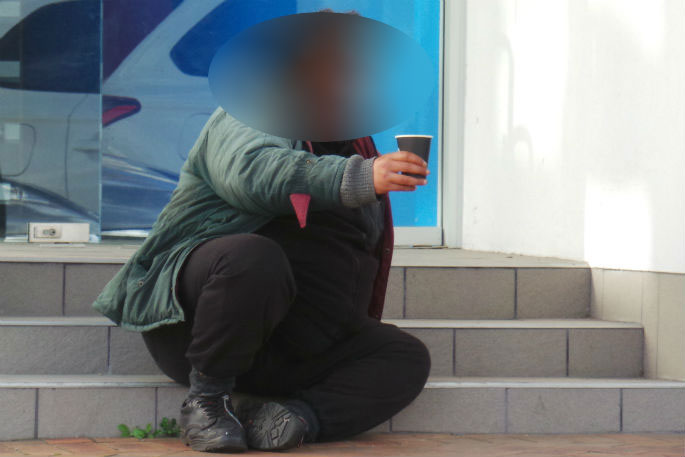 Tauranga City Council is taking another look at the bylaw and the provisions on begging and rough sleeping.

Council is proposing to remove the begging and rough sleeping provisions adopted last year and is calling on the public for its feedback.

The proposal is on table because Council considers a bylaw is not the most appropriate way of addressing the perceived problem in relation to begging and rough sleeping in Tauranga.
Tauranga City Council reviewed its Street Use and Public Places Bylaw in 2018.

As part of this review, Council voted to add provisions in the bylaw to restrict begging and rough sleeping in our city.

This decision was made in response to complaints received from members of the community about being intimidated by people begging or rough sleeping in proximity to shops, in certain areas of Tauranga.

- 20.2 No person shall beg in a public place within five metres of a public entrance to retail premises within defined areas in the CBD, Greerton and Mount Maunganui.

- 20.3 No person shall rough sleep within five metres of a retail premises within defined areas in the CBD, Greerton and Mount Maunganui.

- Having reviewed the options available, the mayor and councillors decided at the Policy Committee meeting yesterday (as a result of a 6 to 5 vote) to propose removing these clauses from the bylaw, and ask for the community’s feedback on this.

Policy Committee chair Steve Morris says the committee decided the bylaw is not the most appropriate way to address the nuisance and other negative impacts of begging and rough sleeping in public places.

“We acknowledge the current bylaw may have contributed to sending a message to the community that intimidating behaviour is not acceptable around retail premises, and that’s a good thing,” says Steve.

“But the committee believes that this message can be delivered in ways other than through a bylaw.”

Mayor Tenby Powell thinks Council needs to look strategically at all matters, rather than apply tactical fixes in isolation of an overarching strategy.

“The issue of managing our growing homeless and displaced population is one such issue that is in urgent need of a strategic plan,” says Tenby.

“The plan must bring all of the relevant agencies together to find a positive way of addressing the real issues behind the problems the bylaw was seeking to address.”

“It’s also my hope that through our debate on the bylaw early next year we can find ways to ensure shop owners and downtown residents are protected from harassment and aggressive behaviour.”

Council will continue to work alongside the community organisations set up to work with people experiencing homelessness in Tauranga.

Council is also supporting and participating in a network of homelessness service providers, with the aim of developing a coordinated approach to supporting members of the community experiencing housing distress across the Western Bay of Plenty.

An area of action resulting from the provider network is the commencement of work on a homelessness strategy for the Western Bay of Plenty.

This work will be funded by Tauranga City Council, alongside other regional funders.

An overview of the proposed changes to the bylaw, the draft bylaw and an online submission form are available at www.tauranga.govt.nz/streetuse

Paper copies are available at the customer service centre at 91 Willow Street and in libraries.

Consultation runs until 5pm on Friday, December 20, and hearing of submissions will take place in January 2020.

You don’t need to rethink “democracy” you need to learn the word first and then understand how local government works. 1700 users that subscribe to an online tabloid and answer a short question has never, is not, and will never be a trustworthy account of a population’s opinion. For every sunlive poll there will be counter-polls on other sites, other social media groups, and other media outlets. If you think that the litmus test of opinion in Tauranga is via a sunlive poll - you are mistaken.

This Guy - 100% correct. Sadly too many users on here just don’t care about rough sleepers or those having to beg. I accept there are those that do it for money and aren’t homeless but this bylaw isn’t enforceable. Only the police can get involved and have effect if there is a criminal element. Reactn2u the irony in your comment is sickening. You state Tenby is rich and doesn’t care about the common people, yet you as a common person show no care for those less fortunate than yourself which include those that are homeless and/or addicted to drugs. You just want them out of sight and out of mind, you do not care at all for their wellbeing so long as you can walk into a shop unhindered. Your attitude and outlook is what is wrong with society.

Rubbish. If you’re saying 1700 Sunlive users is not representative enough you’d better rethink “democracy”. 1700 votes can get you, or close to, a seat on the Council. Plus 1700 out of this electorate would be considered more than representative by Colmar Brunton when compiling polls. You know nothing.

I tried to make my comment in the online submission form BUT apparantly we cannot vote as it wouldnt accept my legit email address??? Anyway I moved from Otumoetai to Greerton beside the shops and seen 1st hand the so called HOMELESS are drug addicts for goodness sake. This problem will only get worse if the new Mayor won’t listen to us. He is rich of course and its only us common people that have to put up with all the shit! PLEASE HELP GET COMMENTS ROLLING AND VOTE ON THE ONLINE SUBMISSION FORM IF YOU CAN

Maryfaith - a sunlive poll is as balanced for local issues as Fox News is for American politics. This bylaw could not be enforced in the first place. It was a bad idea and should not have been brought in. If it is anti social behaviour or threatening behaviour the police need to be involved. Not the council. I walk around the CBD all the time, I get asked for money, I get the odd nasty comment, and I carry on my business. Now and again I’ll grab a coffee and a snack for a rough sleeper without judgment. It doesn’t stop me going into shops. What does stop me though is the poor offering in the shop. Get rid of the bylaw - start working more closely with community groups and shelters and provide funding for them.

They need to go

I am sick of been asked for money. And yet they can buy smokes and alchol and have flash cellphones if they can buy smokes etc they should beable to buy food. If this ban is lifted ill never go down town when i need to ill find else were to go. Pull your head in ttc

A Sunlive poll is not really anything to go by. A quick check says that Sunlive gets about 1,698 unique users each day, so that poll is only the opinions of about 1% of population. Also what a shocker the bylaw they said wouldn’t work and is unenforceable, doesn’t work and is unenforceable :O Can’t beg in front of storefronts? Good job most of the stores in the CBD are empty anyway... I haven’t personally noticed any difference since the bylaw went into effect and I’m in and around the CBD all the time. We need to be doing things that help get people off the streets not just trying to criminalize poverty and/or shoving it out of sight and pretending it doesn’t exist (like with what this failed bylaw was trying to do)

Again we vote in limp councillors

How about thinking about the law abiding citizens for a change!!!!!!!!.bloody pathetic

Yeah, we need an overarching strategy. Tactical fixes are no good. Quite right old chap. Now go down there and get those beggars in line and marching down the road in step. Let’s see how that goes.

i carnt beleave this, come on tenby grow some balls,i voted for you becauce i thought you where the man to sort out the bullshit leave it as it is its working.

Thought this new council would make a difference!

Think again! I wanna re vote, disappointed already, shame on you for not listening to the ratepayers. You charge up top dollar in rates, for a dirty town with intimating people who bully and harass us while we shop. ... And you can’t understand why no one wants to come to the CBD. WAKE UP TENBY!

I wish Tenby would have been open about his lefty views. I voted on his business acumen and the first thing they do is discuss remuneration and changing street signs. Should not have voted for him.

Does the new mayor not consider Greerton?

His statement in the above article states “It’s also my hope that through our debate on the bylaw early next year we can find ways to ensure shop owners and downtown residents are protected from harassment and aggressive behaviour.” DOWNTOWN residents (and shop owners)?? What about GREERTON, where the bylaw is working very well at giving shop owners (already hard hit by the TCC "roading improvements") and residents (including a large proportion of disabled and elderly residents) safety and respite from the harassment and violence from the "bussed in" non-resident professional beggars?

Get your priorities in order

It is just a complete waste of time and money to now revoke this. If its not working, so what, leave it alone. Dont now waste more time and more money on it. Council needs to get their priorities in order for goodness sake!

Surely business owners need to operate without hindrance and the bylaw helps. I’m not sure what the fuss is about surely the bylaw is only part of the solution. Whilst helping businesses and the public surely there is help for the less fortunate running parallel. There are restrictions on how to behave in public space regardless of who you are this isn’t an attack, it’s fact. So "agencies" and council are working in the problem doesn’t mean we should except what amounts to antisocial behaviours and the business owners be the suffer the consequences. The bylaw is not being unreasonable just fair on the shopping public and the businesses, dare I say ratepayers

Putting the horse before the cart

If the reason the mayor gives to revoke the bylaw is because he truely wants a more holistic approach to homelessness and begging in the CBD then one would think council needs to get organised, design and implement one. Then debate removing the current working solution not the other way around.

I think you’ve got all the feedback you need. You already know the ratepayers feelings on this. If want feedback then just walk down the CBD, you’ll be able to get a lot of feedback. These buggers leave it everywhere (sorry, I meant beggers). I would’ve thought Mayor Tenby Powell would know to leave defenses in place while new battle plans are drawn up.

Only have to look at the results of the Sunlive poll on the subject 89% think the present law is working and do not want it to be revoked! It did bring more people to the CBD knowing they would not be accosted by these individuals. I thought this council were for getting the population back to the CBD. I am unpleasantly surprised at the attitude of the new Mayor!! I am so sorry for the retailers.

What is the point in submitting feedback? If it’s anything like the feedback requested for the proposed speed limit review/reduction along the SH2, we go to all the trouble of providing feedback only to be told that it’s not a vote!!! The decision on this is already made by those we elected and they don’t give two hoots what we all think. Feedback should be a vote!!