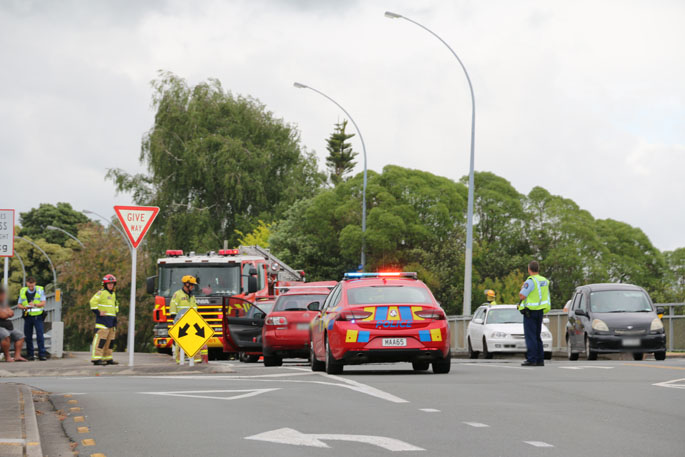 The crash is near the off-ramp on Cambridge Road. Images: SunLive.

A two-car crash is reportedly blocking a section of Cambridge Road in Tauranga.

A caller to the 0800 SUNLIVE news hotline says two vehicles appear to have crashed head-on.

"It's near Te Atatu Place. The road looks liked it's blocked. Police are at the scene."

A reporter at the scene says everyone's out of the vehicles and walking around.

"There are a couple of police cars here and a fire engine.

"Firefighters are setting up cones for traffic management. Traffic is able to get around the crash." 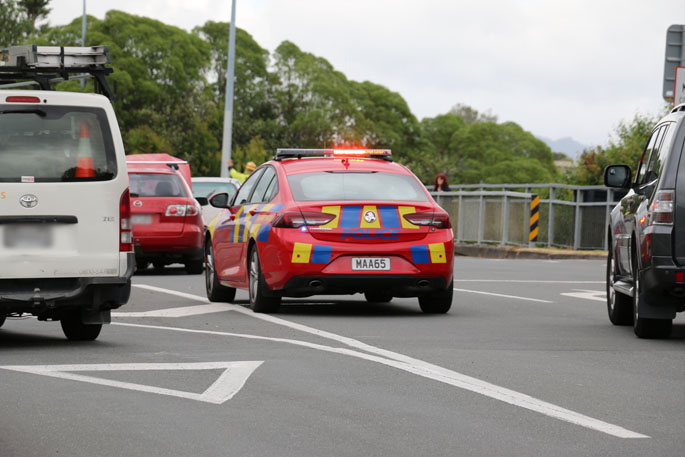 A police spokesperson says they were alerted to the vehicle collision at the intersection of Cambridge Road and Te Atatu place around 11.10am.

"The crash reportedly involved two cars and the intersection is blocked.

"No injuries were reported."