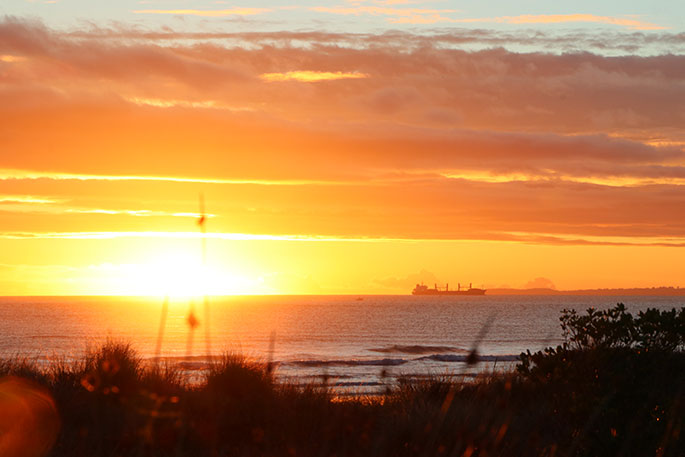 Things about to get even drier for many parts of New Zealand due to an uptick in high pressure.

The entire North Island and a large portion of the South Island will lean drier than normal over the next week.

Apart from some heavy downpours (with possible thunder) today in Canterbury, the next 10 days look dry to mainly dry.

The eastern North Island, such as Wairarapa, Hawke's Bay, Gisborne and Bay of Plenty all look much drier than normal for this time of year over the next week with no rain forecast and mostly sunny and mild weather, says WeatherWatch.co.nz

"There are a couple of showers today in the western North Island but any heavy downpours look isolated. The next week ahead for Waikato looks both drier than average and warmer than average.

"Auckland - which is in a rainfall deficit this year just like Waikato - also has a mostly dry and mild week ahead with only today bringing any real chance of showers. Early next week the dry continues and Auckland's daytime highs lift up above average too."

Taranaki, which has been wetter than usual lately catching the outer edges of all the West Coast rain, also leans drier than average for the week ahead - with all the rain lately that bodes well for a bump in pasture growth while other regions in the North Island may see rates slowing down again in a week after this dry run. 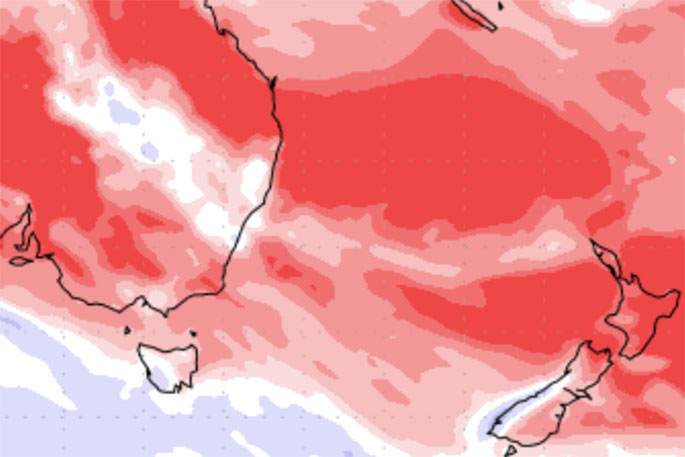 The West Coast is still the only area leaning wetter than normal - but compared to recent weeks it is looking not as wet in the forecast with a sprinkling of dry and sunny days in the 10 day forecast now. Southland, which has been a bit wetter and cooler lately, especially noted by farmers and growers, will also see a more positive swing into warmer and drier weather, along with Otago.

"Temperatures are still spring-like (up and down) but overall a drier, milder, pattern is trying to push through.

"The upper South Island, like Nelson and Marlborough and into Wellington also all look completely dry or mainly dry over the next week or so ahead.

"But this shift in high pressure bringing the dry weather to New Zealand means rainmakers have a better chance of getting into New South Wales and other inland parts of Australia.

"There may be some good downpours in the week ahead which will bring some pockets of relief in Australia - but not widespread relief." 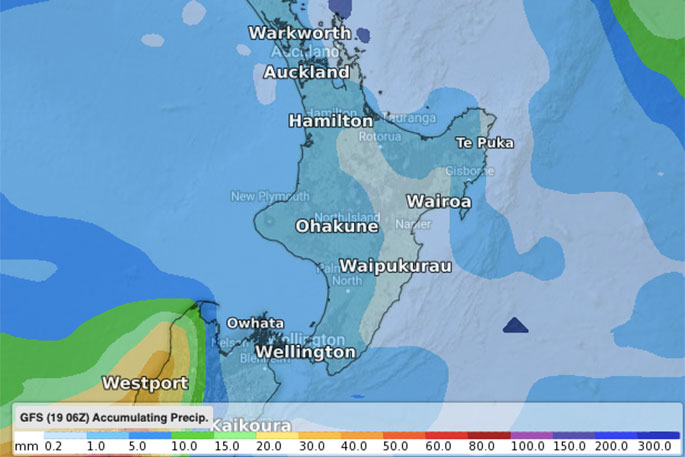 FORECAST RAINFALL FOR THE REST OF NOVEMBER OVER NEW ZEALAND (GFS). 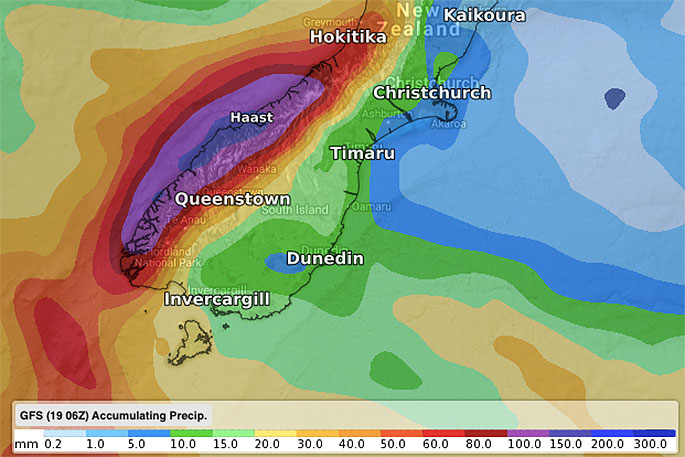