Omokoroa house to be demolished 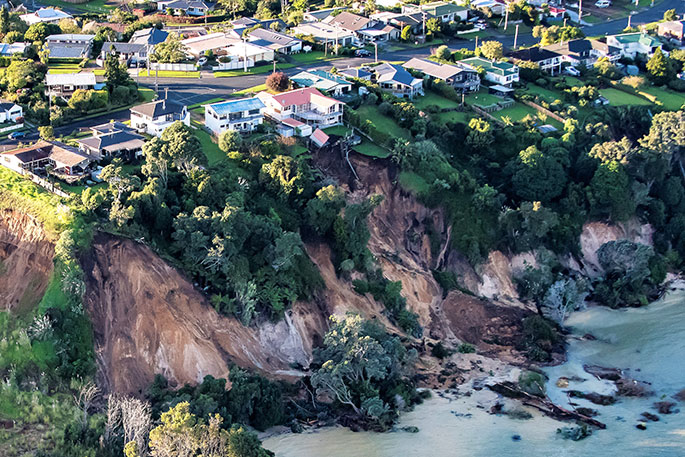 The Omokoroa house has been teetering on the edge since Cyclone Cook in 2017. Supplied photos.

The Omokoroa home at 37 McDonnell Street that was damaged in a major slip during the cyclones of 2017, is to be demolished and replaced with a small reserve and lookout area.

The house, which is the property of Western Bay of Plenty District Council, is to be demolished as soon as a sufficient stretch of fine weather allows.

During the cyclonic storms Debbie and Cook in April 2017, a major slip tore out the backyards of both 37 and 39 McDonnell Street leaving the house at 37 McDonnell teetering over the edge of a 30m-high slip above the sea.

"The house lost its wastewater and water utilities, but was otherwise intact," says a Western Bay of Plenty District Council spokesperson.

"Following the storm, Council deemed the house too dangerous to live in under the Building Act.

"Some time later, the Earthquake Commission paid out a portion of the value of the lost land – approximately 25 percent of the capital property value. The house insurer declined compensation.

"In March 2019, the owner approached Council with an offer to sell the property. Council purchased it and took on liability to remove the house and create a small reserve on the land remnant."

Once the house is gone, the remnant land will be top soiled, re-grassed and fenced off - at full cost to Council. 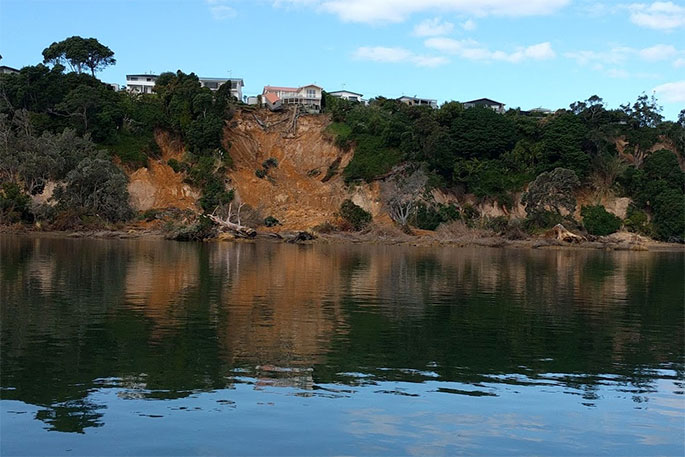 That whole street on the top of the cliff is actually sitting on the top of what is basically a CLAY cliff. NO matter what is done, the whole cliff will "wash away" eventually drop down into the harbour !! AND as the prevailing wind comes down the harbour and washes the wind blown waves against the base of the cliffs - its ALL going to fall away eventually - 5, years, 10 years, 15 years !!!