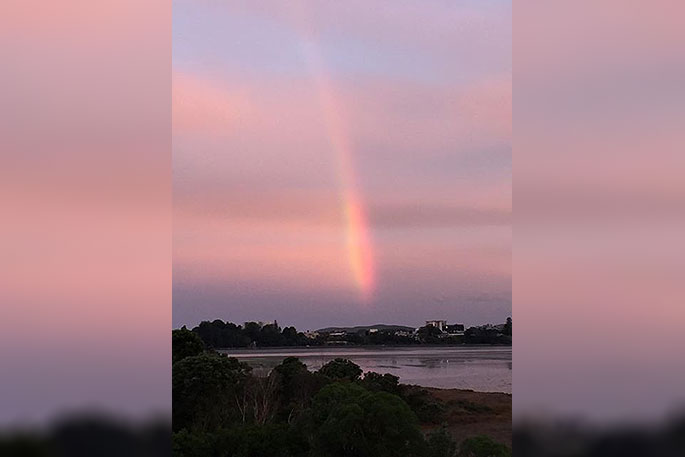 A rainbow caught on camera in Tauranga on Monday. Photo: Tania Sisson.

WeatherWatch.co.nz is forecasting some further rain and snow for New Zealand this week.

"But there is also a large amount of dry weather, with most regions tipping drier than average except the West Coast.

"The West Coast will be most exposed to heavy rain events for the rest of November, due to the weather pattern we're stuck in at the moment. This same pattern also favours drier than normal weather around northern and eastern regions of both islands."

WeatherWatch.co.nz says this is a somewhat similar set up to Australia with Tasmania getting a lot of rain, snow and wind events, Victoria just a little further north getting brushed by some of this and further north it's much drier.

"Monday saw some heavy downpours in New Zealand - but as we forecast despite the rain some would miss out and mean the drier than average pattern continues. 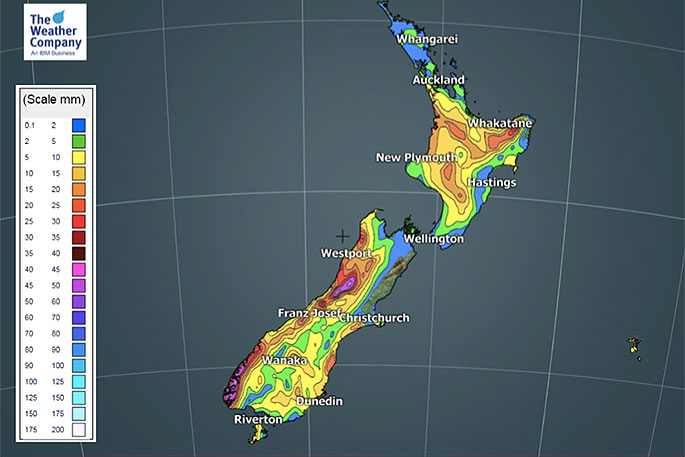 PAST 24 HOURS RAINFALL (Please note some very localised pockets would have had more thanks to some very heavy but small downpours on Monday). 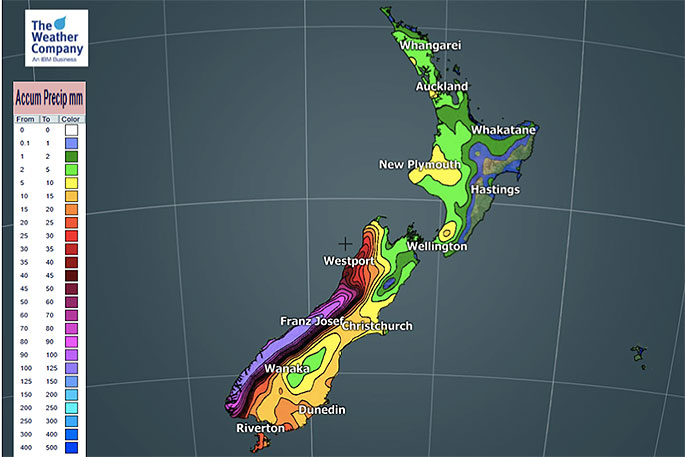 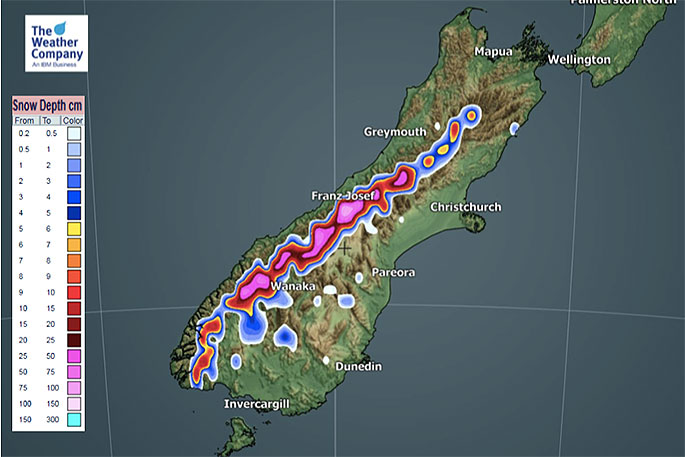 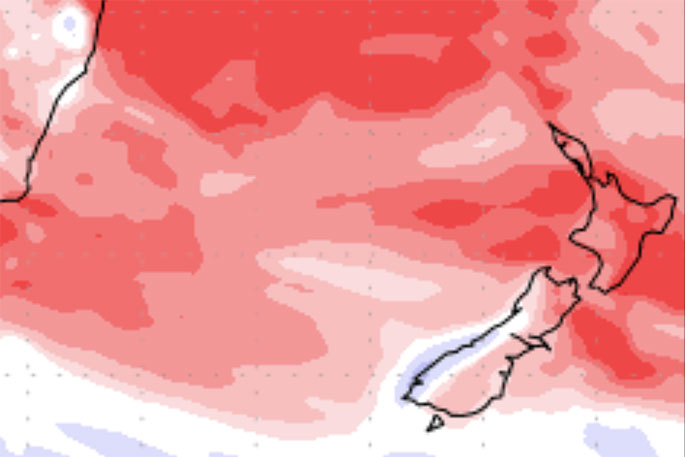 NZ'S 7 DAY RAINFALL COMPARED TO NORMAL FOR THIS TIME OF YEAR
Red = Drier than average. White = Normal rainfall. Blue = Wetter than usual. (Data thanks to the US Government).