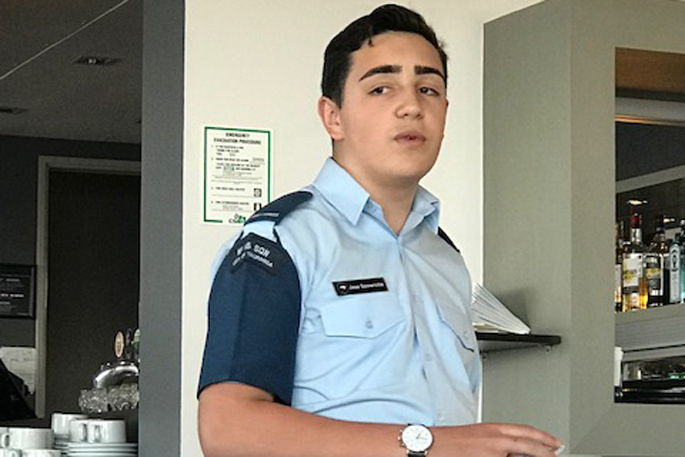 Air cadet Jese Somerville wowed members and guests at the Bay of Plenty Officers’ Club Ladies Dinner with another delivery of his winning speech from the 2019 Les Munro Speech Competition.

The speech competition was initiated by the Officers’ Club last year and named after Les Munro. Les was one of its distinguished former members who was a renowned RNZAF pilot who flew Lancasters with 617 Squadron RAF in WW2.

The competition is competed for by the speech champions from each of the three NZ Cadet Force Units based in Tauranga. The topic for this year’s competition was ‘Emerging Technologies and how this could be used in the defence of NZ in the next decade’.

The competition was held at the Hauraki Army Hall on September 26, when the speed champions from local Cadet Force Units were asked to deliver the timed speech in seven to 10 minutes.

The contestants were supported by other members of their respective cadet units.

The competition was convened by the Officers’ Club and staged in conjunction with the NZCF Area Support Officer Major Eli Crawshaw. Other guests included representatives from the competition sponsoring organisations.

Having drawn straws to determine the speaking order, more than 50 people heard the contestants deliver their respective speeches.

The convenor introduced the judging panel who were tasked with rating each speech against a set of criteria. After the speeches, the time keeper confirmed all contestants had met the required time limit before the three judges retired to correlate their scores to determine the placings for the competition. 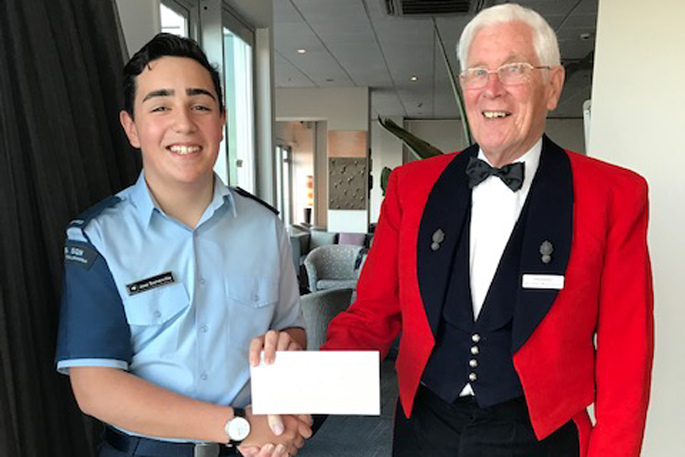 Peter Spratley, the Officers’ Club President, presented each of the contestants with a signed certificate and a monetary prize. As well as a contribution from the Officers’ Club, the club is grateful for continued support from the Six Hauraki Association, Mt Maunganui RSA Club and Tauranga RSA Clubs donating funds which was used as prize money.

Ranging in ages from 11 to 14 years, the contestants met the challenge posed to them with well researched and rehearsed speeches, some using cue cards. The challenging topic had been met with an impressive series of speeches which would have been a credit to any formal debate.

Among the emerging technologies all contestants covered the use of Drones, with many advantages and relatively simple application at various ranges. Two covered the use of Virtual Reality for military training simulation to shorten training times and only the winner included Artificial Intelligence as it could be used with VR to simplify the use of military systems.

Following Cadet Somerville’s second delivery of his winning speech at the Tauranga Club, he was presented with a supplementary prize of a flight in a Boeing Steerman biplane donated by Classic Flyers NZ. 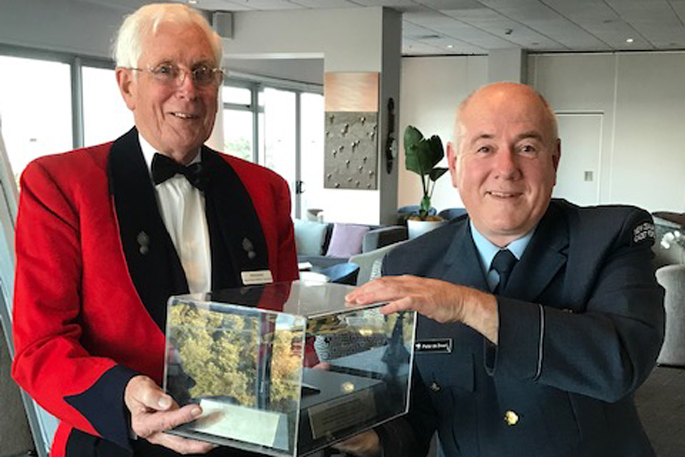 The final part of the 2019 Speech Competition was the presentation of the Les Munro Lancaster Trophy to the winning cadet’s Cadet Unit.

Along with a signed certificate, the recently engraved trophy was presented by the Club President to Pilot Officer Pieter de Zwart, Adjutant, 16 Squadron, representing the Unit Commander. 16 Squadron Air Cadet Unit earned the right to retain the trophy for a second year, with an Air Cadet from the unit having won the 2018 competition.