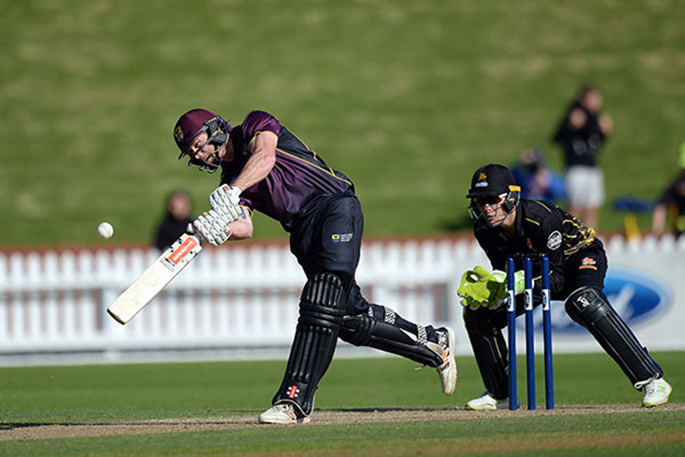 Bay of Plenty’s Joe Carter has been named Northern Districts’ Ford Trophy captain, capping a whirlwind year for the batsman.

As a non-contracted player in last season’s Ford Trophy, Joe averaged 123, scored his first List A century and partnered with Brett Hampton for 43 runs in one over; a List A world record, helping him regain contract status for 2019-20.

“Having a break from the game and working outside cricket gave me a better perspective,” says Joe.

“I came back in with a relaxed mindset and looked to enjoy my cricket; hopefully I can continue with this attitude this season.”

Joe, who captained Bay of Plenty several times last season and a Northern Districts A side several weeks ago, is looking forward to leading a group he has played plenty of cricket with.

“I’ve played with most of these guys through age-group to senior level, so I’m excited to lead a good bunch of guys that I’ve known over many years,” says Joe.

This group includes Dean Brownlie and Daniel Flynn, who both have plenty of captaincy experience that Carter has learned from.

“I’ve played under these guys a lot and picked plenty up from them,” says Joe.

“Graeme Aldridge has always been around and he’s another I’ve learned plenty from.

“These names are just a few among many that I have picked things up from; I’ll look to approach situations in my own way, while keeping in mind these learnings I’ve inherited from others.”

Looking to lead in his own way, Joe says that the keys for him are adaptability and communication.

“We need to be able to adapt to who’s in the squad and who we play against.

“I’d like to think I’m pretty relaxed and approachable, and I’d like us to be able to develop plans across the group.”

Eye-catching inclusions in the round one squad are the Counties Manukau pair of BLACKCAP Ish Sodhi and young debutant Katene Clarke, who scored 158 off 151 balls for Counties Manukau in the Fergus Hickey Rosebowl last weekend.

“Hopefully he can bring this game for us; he’s someone that you want to watch bat so everyone’s looking forward to seeing him play.”

Round one of the Ford Trophy begins Sunday, November 17, 2.00pm at Seddon Park, Hamilton.