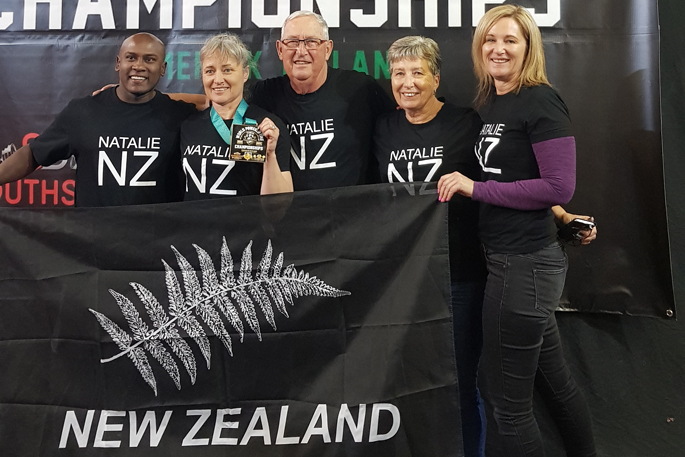 A new gold medallist and world record holder is working and living right here in Tauranga.

Natalie Jarman runs her own business - Whatever Marketing - and is now the gold medallist at the world competition in power-lifting.

She is also a world record holder for the squat and dead-lift.

She has been training for a while now and qualified to go to the world championships, which was held earlier this month in Limerick, Ireland.

Natalie did so well in the competition, it’s hard to believe it’s her first world competition.

“I do quite well at over here, so I wanted to go to worlds and have a little bit more of a competition – which I got which was great,” says Natalie.

Natalie trains hard and you will find her at the gym, twice a day, five times a week. She says it’s highly addictive.

"Lifting weights is so good for you. I started lifting weights for health – for bone density. I just turned 50 this year, so making sure that you've got good bone density and just general strength is important as you get older, and the only way to do that is to lift weights. It doesn't have to be big heavyweights, but that sort of turned out to be reasonably heavyweights for me. 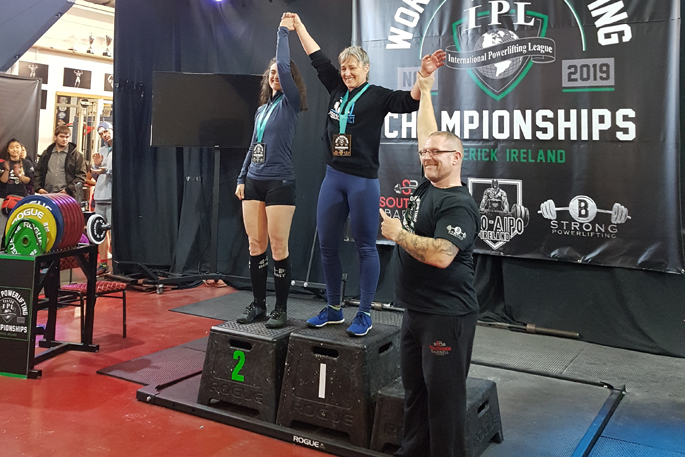 “I highly recommend it for women, especially women in my age bracket or even older. You’re never too old to start – you just need the right support around you, and if you want it enough, you make time.

“A lot of people say ‘they don’t have time’. I was 46 when I joined the gym for the first time in my life. I’d never stepped foot inside of a gym until I was 46 and now I’m there every day, five days a week.”

When finding out that she had won the gold medal, Natalie says she was ‘pretty dam happy’.

"I've worked hard and I went over there to win gold, and to set world records. As my coach said 'we haven't come over here to lose'."

To get over to Ireland, participants had to cover their own costs, and Natalie says she had some great companies that helped her get there. She had help from Bureta Physiotherapy, Fitfam Tauranga from Frasor Cove, as well as help from her coach from Physical Impact – she says she couldn’t have done it without him.

She also had help from Derin Greenslade, who unfortunately passed away a few days ago.

“He contributed towards my trip. I didn’t get to thank him personally because I got back on Sunday, which was the same day he passed away.

“He trained at the same gym I train at and he trained with my coach.”

From here, Natalie says she has already planned two New Zealand competitions for 2020.

"One of them is to qualify for worlds again because even though I've got the world title, I still have to re-qualify."

She says competing at the world championship was an amazing experience.

“It was just an amazing experience being at an international level in a sport. I never thought I’d ever do anything like that. 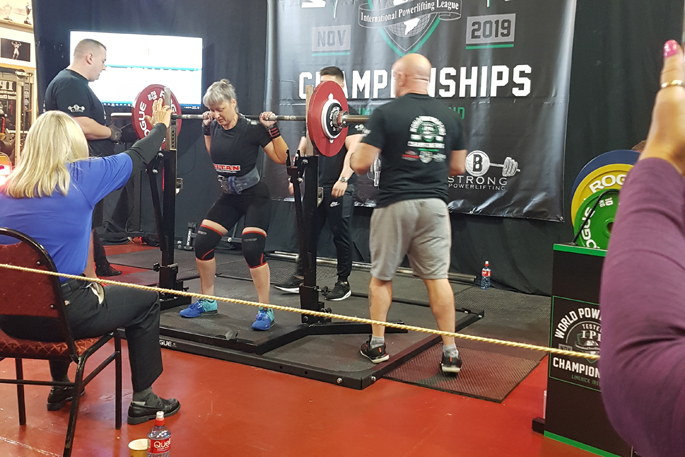 "My big message is that I want more women in my age bracket, to seriously look at lifting some weights. People think that lifting weights make you bulky and look like a bloke. Well, I weigh under 60kgs when I compete, and I train around the 62-63 mark. Yes, I've got muscle definition, but I don't look like a bodybuilder.

“It just helps so much in life, and if you don’t use it, you lose it.

“And I’d really hope that what I’m doing will inspire other women to give it a go.”