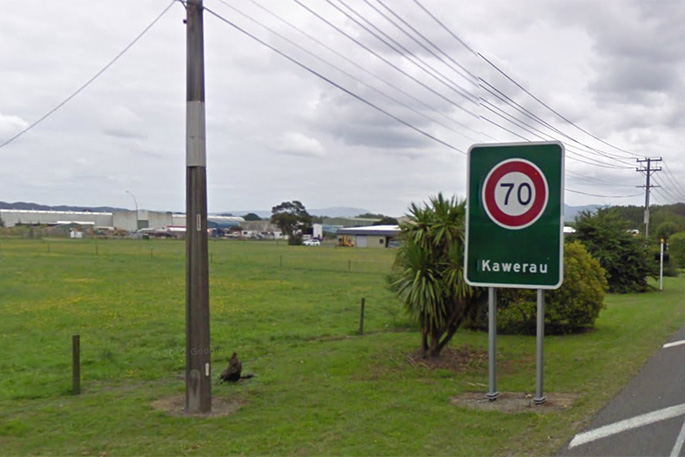 The proposed boundary change would complement an initial change in 2011 that enabled Kawerau to zone an additional 145 hectares of industrial land in the district.

The current proposal adds a further 478 hectares of land to this zone, facilitating increased industrial development in the district.

The change also seeks to correct what Kawerau District Council says are two historical anomalies in the current boundary – one which divides a parcel of land housing a marae, and another that splits a working farm between the two districts.

At yesterday’s Council meeting, Kawerau Mayor Malcolm Campbell and Chief Executive Russell George provided an overview of progress on the application and how the proposed boundary change would benefit their community.

The presenters say the proposed changes promote good local government by allowing a single territorial authority to provide and charge for all local infrastructure, services and regulatory functions in the three affected areas.

This is the most cost-effective option for all the entities involved in developing or utilising the land, and cuts out unnecessary council bureaucracy.

The changes also provide impetus to stimulate economic growth and community wellbeing in Kawerau District, they say. Potentially affected land owners are being consulted about the proposal.

“Alongside our own Whakatāne Regeneration Programme, we are excited about the opportunities that Kawerau is currently progressing and the outcomes these could have for the region. Our economies are very much interrelated and we want to support each other’s aspirations where we can.”

This means new industrial development will occur entirely within Kawerau District and eliminates the need for cross-boundary planning, regulatory and charging agreements. Currently Kawerau provides all infrastructure and services to the existing industrial park.

A third parcel solves the issue of the Kawerau-Whakatāne boundary cutting through the Tui Glen Station. The station was previously a Department of Lands and Survey farm that was part of the 1996 Treaty of Waitangi settlement with Ngāti Tūwharetoa (Bay of Plenty).

A second phase to the boundary change proposal will look to bring a pulp and paper waste management site associated with the industrial activities in Kawerau into the administration of the Kawerau District Council. Currently this is located within the Whakatāne District.