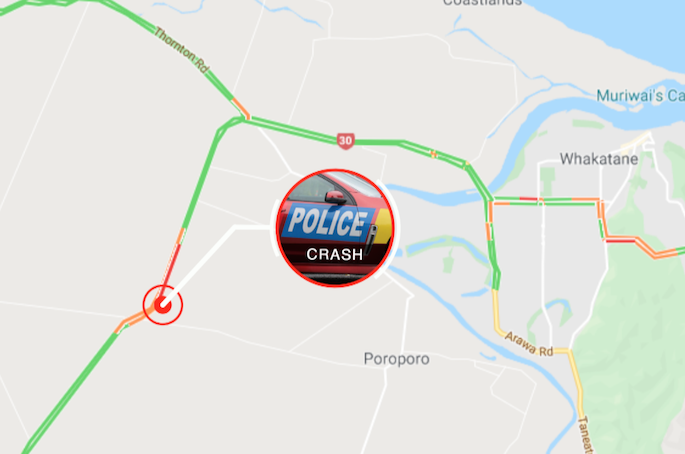 UPDATED 8.48AM: Multiple injuries are being reported following a serious crash on a Bay of Plenty Highway.

State Highway 30, near Awakeri, is closed after a car and ute crash just before 8.30am.

A police spokesperson says emergency services are attending the scene of a serious crash on SH30, just north of Te Rahu Road.

"The crash, between a car and a ute, was reported to Police around 8:15am.

"Initial reports are that four people have been injured, three seriously and one moderately.

"SH30 will be closed for some time and diversions are in place.

"Motorists are advised to expect delays."

A serious crash is being reported on State Highway 30 in the Bay of Plenty.

The NZ Transport Agency says a serious incident has been reported to emergency services in this area.

"SH30 is closed. Please delay your journey or use an alternative route."