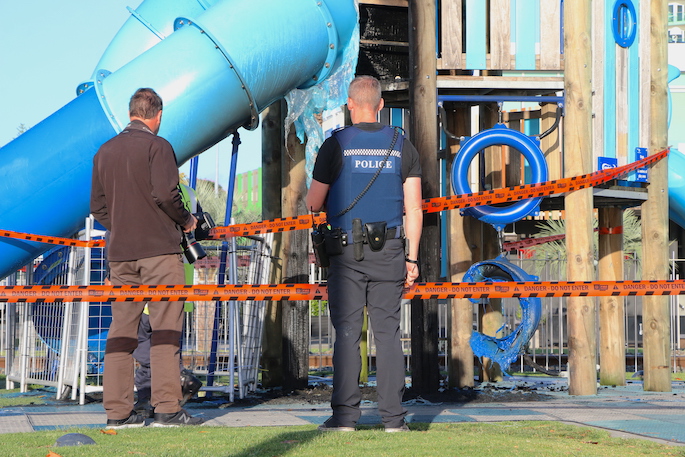 Police and a fire safety investigator has been called to the scene this morning. Photos: Daniel Hines/SunLive.

Arson is suspected as the cause of a playground fire in Tauranga this morning.

Tauranga Fire Brigade was called to the fire on The Strand, near Wharf Street, just before 5am.

“Firefighters spent about half an hour at the scene.

“A fire safety investigator has been called as well.” 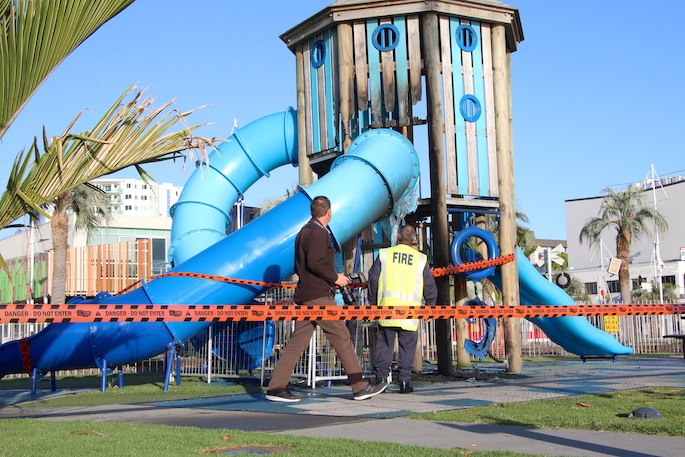 Police are also investigating the fire.

A police spokesperson says they received a report to a fire in a public place around 5am.

“Two people are currently assisting police with their enquiries.

“A scene guard is in place.”

Anyone with information about the fire can contact Tauranga Police Station on 07 577 4300. 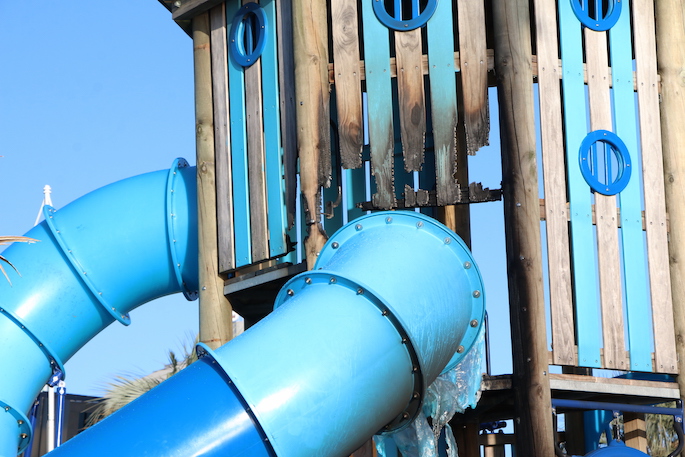 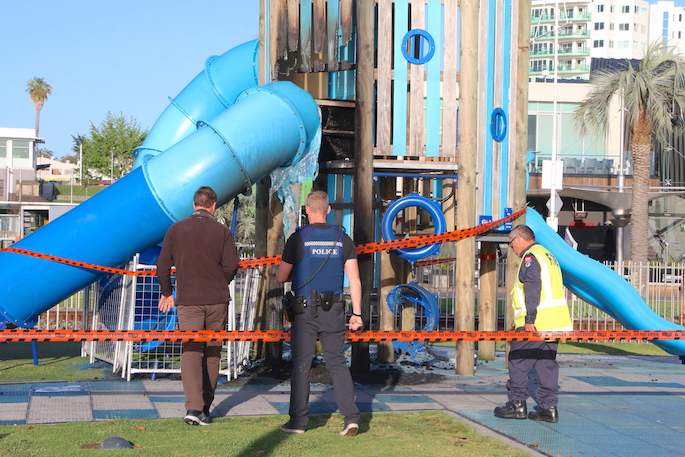 Wow they attacked a kids playground. They must think of themselves being so tough. Unfortunately no matter their age it’ll be a wet bus ticket as bigted says. However from a different angle, a Fire Inspector is called in to investigate SUSPECTED arson. As hapukafin says these playgrounds don’t spontaneously combust. I’m sure nobody left the iron on. How much is the investigation going to cost. Suspected arson - really? It arson by some dropkick that picks on little kids.

As usual the young arsonists will get "youth aid" - a severe talking to at worst. Put some stocks up in the red square with them in them. Publicly shame them. They wouldn’t do it again!

Surely its got to be,.Theres nothing to self ignite there.Heaps of CCTV around there.Part of punishment should be to repair it,and granstand for the kids to sit and watch

The place is well covered so it should be easy to see the culprits. If they are the "residents of no fixed abode" who "live" in town let’s hope this is an opportunity to flush them away and be rid of this hobo look for the town moving forward