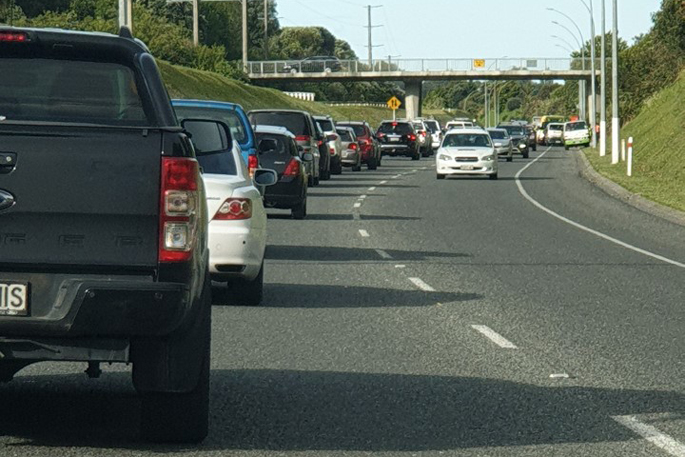 Motorists are being warned of delays through the Maungatapu area this evening.

A caller to the 0800 SUNLIVE news hotline says she has just got through the traffic but it is pretty bad in both directions.

She says the traffic seems to be a result of a crash near the Maungatapu overpass.

She says the vehicles involved in the crash are off the road but traffic is backed up.

According to the live traffic maps on Google Maps, traffic heading towards Hairini on State Highway 29A is backed up to the Poike roundabout, with traffic backed up from Baypark, coming from the Mount direction. 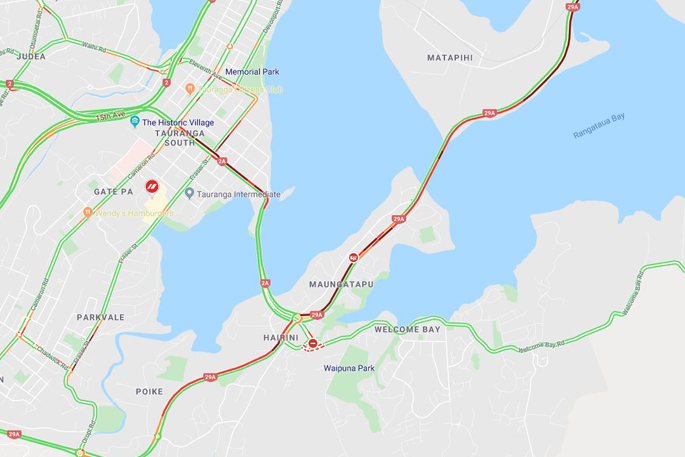 The image from Google Maps shows traffic is heavily backed up in the area. Image: Google Maps.

The NZTA are also warning motorists of the crash along SH29A.

“Expect delays and pass the scene with care.”