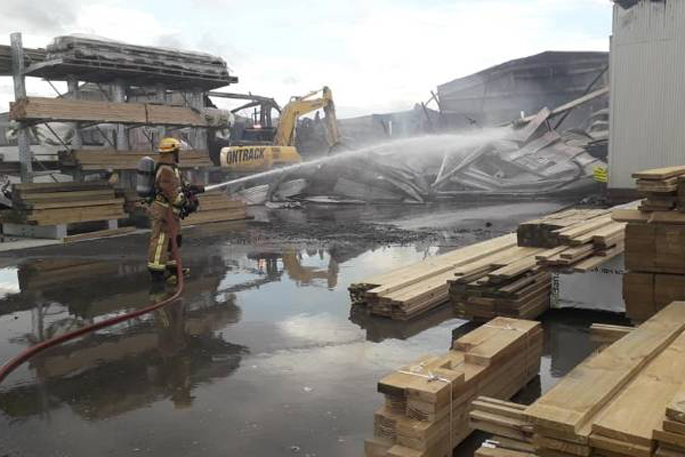 Two fire investigators are looking into what sparked a large blaze in a Thames timber yard.

The two-storey building was in flames when fire crews arrived.

Thick, black smoke could be seen billowing from the site throughout the afternoon.

Initially people were thought to be inside the building, but everyone had been accounted for. 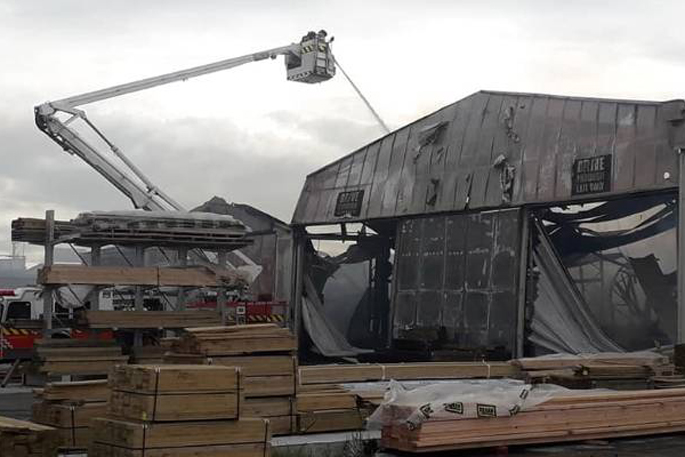 The blaze was under control by early evening but crews remained at the scene dampening down hot spots until past 9pm, fire and emergency northern communications shift manager Carren Larking says.

There were no injuries. 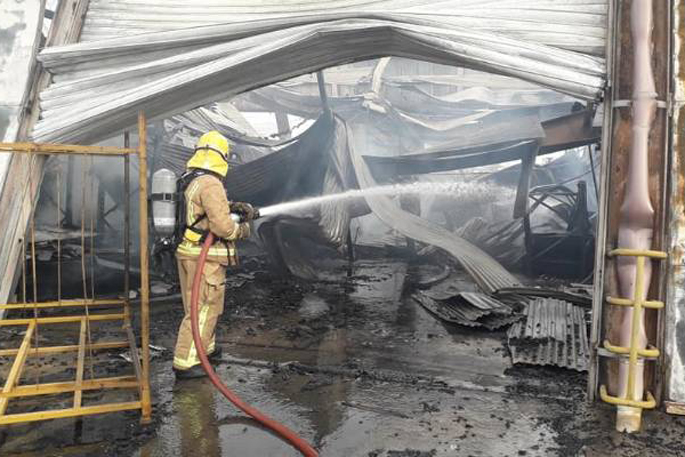