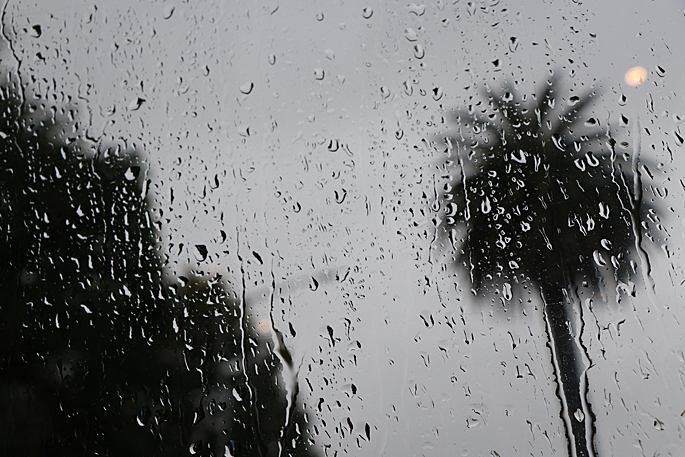 The MetService report that a weak ridge is forecast to move east over New Zealand on Tuesday.

The front should then move northeast across the North Island on Thursday, followed by disturbed westerly winds.

“There is high confidence of warning amounts of rain for Westland on Wednesday, with moderate confidence for Fiordland, and low confidence for the headwaters of Otago and Canterbury Lakes and Rivers,” says a MetService spokesperson.

“There is also low confidence of heavy rain for Buller and Nelson including Richmond Range during late Wednesday and early Thursday, and for Mount Taranaki during Thursday.

“In addition, there is low confidence of northwesterlies reaching severe gale strength in inland parts of Southland and Otago early Wednesday, with moderate confidence for Canterbury High Country and Marlborough on Wednesday.

“There is also moderate confidence of strong northwesterlies reaching severe gale in exposed parts of the Marlborough Sounds, Wellington and southern Wairarapa during late Wednesday and early Thursday.

“A trough should approach the South Island from the southwest late Friday, and there is low confidence of heavy rain in Fiordland.” 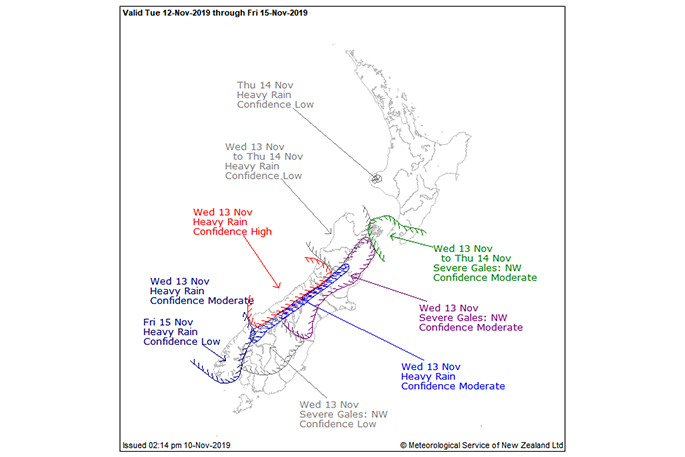 Low confidence: a 20 per cent likelihood, or one chance in five that the event will actually happen.

Moderate confidence: a 40 per cent likelihood, or two chances in five that the event will actually happen.

High confidence: a 60 per cent likelihood, or three chances in five that the event will actually happen