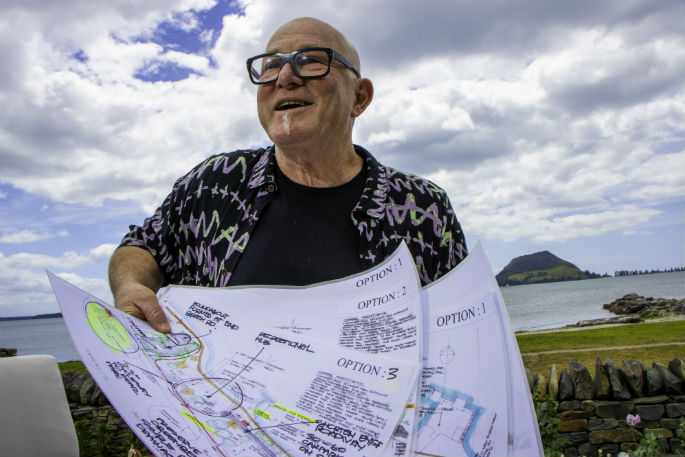 Passionate park users who turned up to the Tauranga City Council’s Kulim Park upgrade consultation may have been a little confused.

While the council had its latest design concept plans on show, on October 26, a group of local residents set up a gazebo next door to present alternative plans.

The upgrade planning started in 2017 and the community has already been consulted twice. It was put on hold earlier this year, but the council now has another set of plans to consult on. It received about 450 written submissions on the latest proposals last month.

"Local community members had prepared their own ideas and wanted to put those alongside the concept that council had put together,” says the council’s public spaces team leader Doug Spittle.

"People have got different views on how drainage should happen, where the green space should be and where the car parks should be."

Some of the main issues include cars having free access to most of the space and lack of drainage.

The latest council plans show a new road and carpark running along the back of the park, with a combined walk-cycle track running centrally through the park. Rain gardens address drainage issues.

Architectural designer John Little, a spokesperson for the community group, says the Kulim Park upgrade should be a simple cost-effective solution.

He says bollards would prevent cars from having access to the majority of the green space and subterranean drains would address drainage issues.

"The money shouldn't be in creating a new roadway which is destroying the amount of green," says John.

He wants to see money invested in new park amenities that will help give the park the "cosmetic lift it needs".

Another major concern for the community group is the amount and type of car parking spaces shown in the concept plans.

"We know that on a big day at Kulim Park there is a requirement of up to 100 cars being in there. This new scheme would be lucky to accommodate 40 cars max," says John.

Doug says the latest council plans propose about 60 car parks split between the headland and the park itself.

Putting layout logistics aside, he says the consensus from all parties is that Kulim Park should be a safe space for everyone.

"We need to do something to manage the park better, so people can enjoy it safely."

Council is currently collating and analysing the feedback received from this third phase of consultation.

They are looking to issue a summary report of feedback later this month.

Redevelopment is likely to start next year after the peak of summer.

“The new council genuinely wants to work with the community, listen to all views afresh and ensure the design achieves the best outcome,” says Doug.