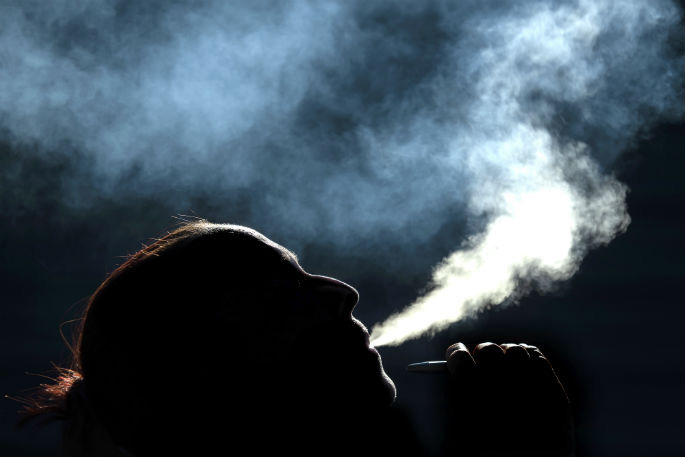 A private Waikato school is figuring out how to treat more than 70 students it says have become addicted to nicotine through vaping.

The director of wellbeing at St Peter's Cambridge, Micheal Brown, says the students had asked for help with symptoms that included anxiety and headaches.

Micheal says about 70 per cent of the school's 1100-1200 students had vaped or were exposed to vaping, including children in Year 7, and of that group about 10 per cent were addicted to nicotine.

"There's a number of kids that are experiencing various levels of anxiety, irritability, restlessness, feeling sad or down, tired, groggy, headaches, that kind of stuff," he says.

Micheal says it was not uncommon for the students to use vape liquid containing 60mg of nicotine, compared to a single cigarette, which contained 10-to-20 mg of nicotine.

"It's so easy for them to do. They can be sitting in class, they can be vaping, no-one would know."

Micheal says the R18 restriction on nicotine vape liquid did not seem to pose any barrier to teenagers obtaining it, either from friends and relatives, or directly from retailers, and schools needed to accept that would happen and focus treating the addiction.

He says the teenagers had never smoked and had not taken up vaping for the novelty of blowing clouds of smoke.

"It's quite a common experience here at this school, and I would say similar to other schools from what I've read around this, that the kids who are getting up there in high nicotine levels are definitely finding it troublesome," he says.

"They come to us and they want some kind of guidance, help and some kind of supportive effort to get them off of this addiction that they're facing."

Ben Youdan from the anti-smoking group ASH says principals had legitimate concerns about vaping and it seemed to be more of a problem in schools in higher-income communities, while smoking was still a problem for schools in poorer communities.

"We know a lot of students are trying it, we know at least a third of Year 10s and probably slightly more when you get to the older kids have tried a vape, they've tried a friend's, they've experimented with it," he says.

Ben says surveys showed regular vape use among young people was at only one or two percent, but he agreed that vape use could be increasing and that was why there was a lot of urgency around managing the marketing of vaping.

However, he says vaping had helped tens of thousands of people to stop smoking.

"Vaping absolutely has a place but we've got to get the balance right between protecting kids and encouraging and supporting adult smokers to make the switch," he says.