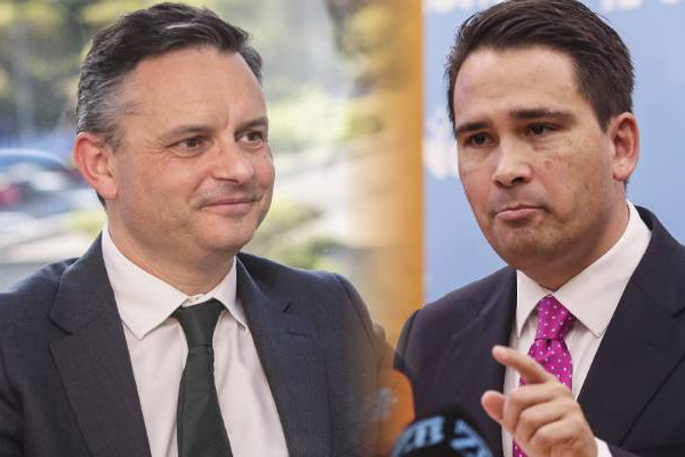 National's support is not needed for the law to pass but James Shaw has spent months attempting to attain it. Image: Stuff.co.nz.

National's votes are not needed for the bill to pass but are hugely important in setting out whether or not some climate change policy can become bipartisan and thus survive across different governments, a fervent hope of Climate Change Minister James Shaw.

James met and negotiated with the party for close to a year on the bill, which is up for its final vote on Thursday afternoon.

He says during Question Time on Thursday that the party had "kept him sweating" after coming to a decision the night before.

National MPs met late last night to discuss the bill and came to a final decision.

Simon says his party would support the law but would make a number of changes in its first 100 days if elected next year - including getting the Commission to set the target instead of the Government.

The proposed law would set up an independent climate change commission, which would advise governments on how to meet targets set in law by the bill – currently zero net carbon emissions by 2050 and a reduction of between 24 and 47 per cent of methane emissions by 2050. These targets are intended to keep global warming to within 1.5C by 2050.

A further methane reduction target of 10 per cent from 2017 levels by 2030 is also included.

James says on Thursday, every side of the negotiations had to give up on something. He acknowledged Simon and other National MPs for working constructively on the bill through "strong political pressures".

Methane makes up about half of New Zealand's emissions profile, with much of it coming from livestock belching.

The farming lobby have strenuously fought efforts to reduce those emissions, and have generally found an ally in the National Party, who amended the last Labour government's Emissions Trading Scheme so agriculture would not be included.

National have supported the Zero Carbon Bill through first and second reading, but have serious issues with the methane target.

"I've always been a proponent of the sort of architecture of the bill – a climate commission recommending to governments what happens with budgets and change over time," Simon said on Tuesday.

"Our position is relatively straight forward – we take climate change seriously but we are not prepared to see a piling on of costs or taxes on New Zealanders."

Changes sought by National at select committee and committee of the whole house were not made.

National has faced pressure from its right to oppose the bill.

Federated Farmers' climate change spokesman Andrew Hoggard says late in October the Government had "missed a golden opportunity to take its farmers along with them" and the "unattainable goal will weigh heavy on some farmers."

Yet National relies on urban voters as much as it does rural ones, and Bridges has indicated a keenness to move the party into a more bipartisan space on climate change.

There was some talk of National MP Judith Collins crossing the floor to vote against the bill if her party ended up supporting it, but this has been quelled.

Judith tweeted on Thursday morning that "the flawed Zero Carbon Bill" would be supported by NZ First allied with the "anti-farmer Greens & Labour". She hinted that National would use the NZ First vote to challenge the party in the next election, saying she would see the party on the hustings.

The Government made a significant concession to the farming lobby in recent weeks with a delay on bringing agriculture into the Emissions Trading Scheme.

After that concession James will be keen to deliver a strong Zero Carbon Bill for his Green Party base.

The Zero Carbon Bill was originally intended to be in force in April of 2019.

After months of delay its final two Parliamentary stages are happening in a single week.

Bit ridiculous hanging out until the night before.But that’s the negativity from Simon and the National Party.