Rare event to take place in the sky tonight 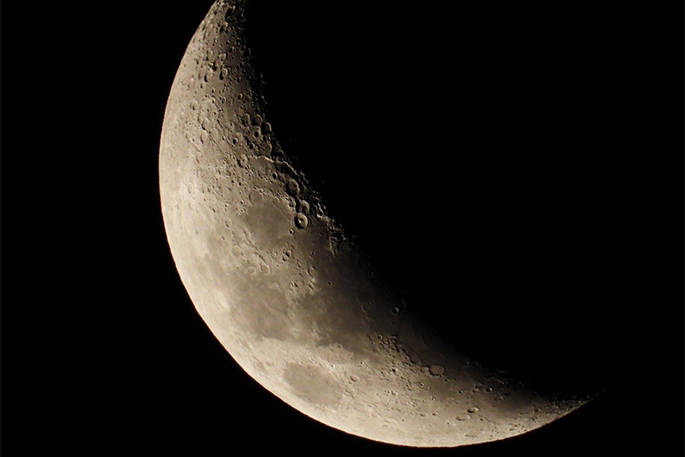 A rare lunar event is taking place in the sky tonight and if you blink you will miss it.

Tonight, Wednesday, November 6, at exactly 9:01pm plus 40 seconds the International Space Station will be passing the disk of the moon as seen from a narrow path across Tauranga and Mount Maunganui, called a ‘Lunar Transit’.

President of the Tauranga Astronomical Society David Greg says this is a relatively rare event.

“Because the moon is quite small in the sky, it gives us an opportunity to take photos or video and see the International Space Station silhouetted as it crosses the moon.

The International Space Station orbits the earth approximately every 93 minutes, is at an altitude of about 400km, and is travelling at 27,600km an hour.

“I’m just hoping that the sky is going to be clear tonight. The weather forecast is looking a little bit dubious at this stage for the cloud.”

To be able to see the Lunar Transit, the sky has to be clear.

“It’ll head towards the moon and the moment that it crosses the moon, they won’t be able to see it with their eyes because the brightness of the moon will drown out the reflected light of the International Space Station.

“But if they are looking through a telescope or a good pair of binoculars they may see a little black spec crossing the disc of the moon. It will take about half a second.

“You would see the space station approaching the moon and then passing off but at the actual moment that it crosses the moon, certainly if you blinked you would miss it.

“If they take photos or video, they’ll be able to grab some still frames and actually see the shape of the International Space Station. It actually looks like one of those fighters from Star Wars.”

Previously, David has filmed a Solar Transit, and there is another one coming up around the 15th/16th of this month.

He says the Solar Transit is basically the same thing as a Lunar Transit, you see the same thing, and it’s just the space station crossing in front of the sun instead of the moon.

“Obviously if you’re filming transit of the sun, you do have to use a solar filter to protect your camera and obviously you can’t look directly at the sun without using a filter.

“You basically see the same thing, but the whole disc of the sun of course is illuminated, unlike the moon which depends on the phase because some of it will be in shadow unless it’s a full moon.”

To be able to see the Lunar Transit tonight, depends on how far you are willing to travel, says David, because you have to be in the narrow path to see it.

To find out where the best spots for watching the Lunar Transit, check out the image below: 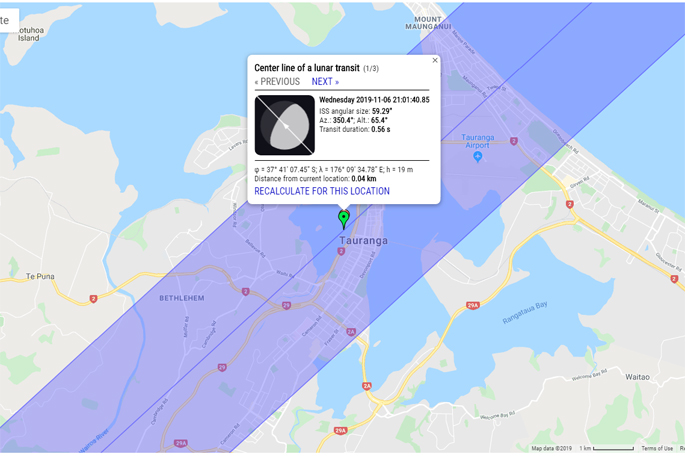 The narrow path where you will be able to watch the Lunar Transit from tonight.

Will you be watching the Lunar Transit? Send through your photos and videos at newsroom@thesun.co.nz, via our Facebook page, or send them to us on Instagram.

I saw the Intern.Space Station, but I couldn’t take a photo..Pity !!!!