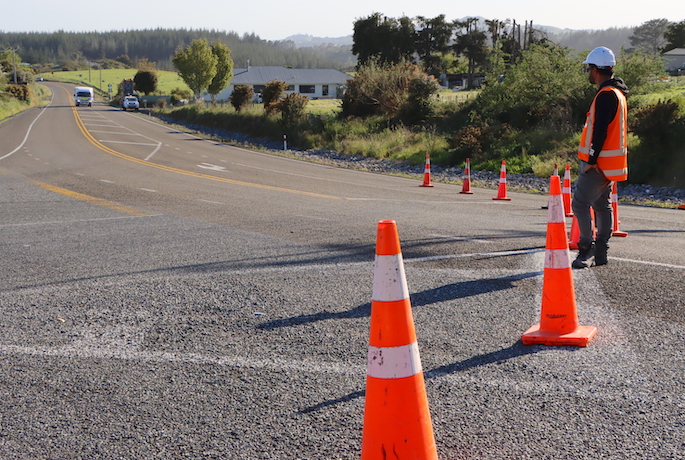 Cordons are in place on the highway. Photo: Daniel Hines/SunLive.

Police have released the name of the man killed in a crash on State Highway 36, between Tauranga and Rotorua.

The 20-year-old Katikati man died after the vehicle he was driving crashed on SH36, near the intersection of Oropi Road on Monday.

No other vehicles were involved in the crash.

Police say the serious crash unit is in the process of investigating the cause.

"Police extend their sympathies to his family and friends at this time."