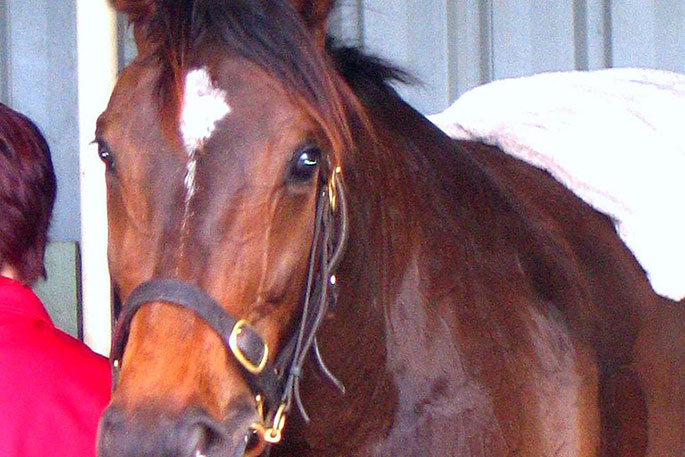 It's the first Tuesday in November and that means it's Melbourne Cup day.

It's billed as a race that stops a nation but it has a big impact on this side of the Tasman too.

First run in 1861, the tradition of the Cup is still going strong.

As you mull over your one in 24 chance of winning the office sweepstake, check out the answers to all of your critical questions for Tuesday's big race.

How many New Zealand-trained runners are in the Cup?

One: The Cambridge-based training partnership of Murray Baker and Andrew Forsman will start The Chosen One in the 2019 Melbourne Cup. Expat Kiwi trainers Chris Waller, Michael Moroney and the Trent Busuttin-Natalie Young partnership also have horses in the race.

Probably not but stranger things have happened. The New Zealand TAB currently have The Chosen One as a $51 chance. He was $101 and as long as $81 just a few days ago. Will likely start the race paying more than $51 as the money comes for the more favoured runners.

Are there any Kiwi jockeys in the race?

Yes. James McDonald and Michael Walker. Both were born in New Zealand and started their careers here, being apprentice champions. McDonald will ride Melbourne Cup favourite Latrobe ($21) and Walker will be aboard A Prince Of Arran ($18). He finished third on the same horse last year.

If Melody Belle is New Zealand's best horse, why isn't she racing?

Reigning New Zealand horse of the year Melody Belle is likely to retain that title after winning four more Group I's so far this season. The latest of those was on Saturday in the $1 million Empire Rose Stakes (1600 metres) at Flemington. After starting life as a sprinter she has now won a Group I over 2000m but running over the 3200m trip is not her go. She could race at Flemington on Saturday.

Will the favourite win?

What will the weather do?

Dry conditions are expected with a high of 18 degrees Celsius, but the track will probably be soft to start with after recent rain.

How much does the winner get?

How much prizemoney is on offer all up?

A$8 million (NZ$ 8.75m) is on offer in the Melbourne Cup with money being paid out to the first 12 finishers.

When was the last time a Kiwi trainer won the Cup?

Graeme Rogerson back in 2007 with Efficient.

Who was the last Kiwi jockey to win the race?

How many New Zealand horses have won the race?

New Zealand-bred horses have won 43, of which 16 were also New Zealand-trained.

When was the last time a New Zealand bred-horse won?

Prince of Penzance in 2015. It was a historic moment when Michelle Payne became the first female to win the race. Payne has strong connections to New Zealand through her father Paddy and her late mother, Mary, who moved to Ballarat from Hawera before she was born.

How many people will be there?

Around 100,000 people will be at the Flemington Racecourse to watch the Melbourne Cup.

How long is the race?

The Melbourne Cup is contested over 3200 metres (two miles). The 24 runners will run down the Flemington straight and will have a lap to run when they reach the winning post.

How long will it take?

The Cup should be run and won in around three minutes and 20 seconds.

How many horses are in the race?

How much do New Zealanders spend on the race?

The New Zealand TAB paid out on 2529 winning bets placed on the race winner, Cross Counter.