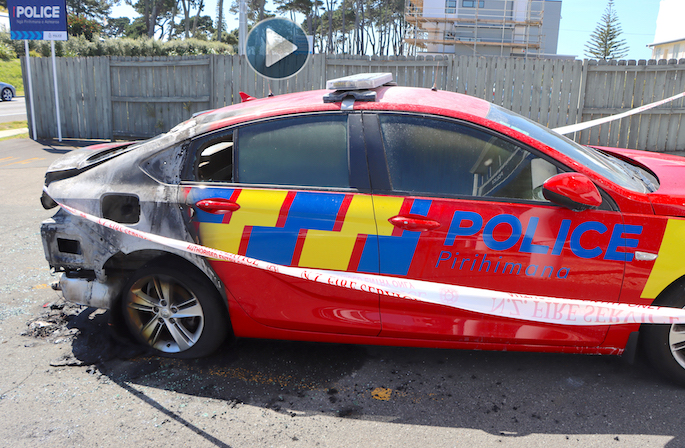 Firefighters were called to the fire at 3.15am. Images/Video: Daniel Hines/SunLive

One person is facing an arson charge after allegedly setting a police car on fire in Papamoa.

Police were alerted to the incident outside Papamoa Police Station at 3.15am.

A police spokesperson says a patrol car had reportedly been set alight.

“A scrub fire was also located in the vicinity.

“In relation to the incident, a 26-year-old man was arrested and is due to appear in Tauranga District Court today on a charge of arson.” 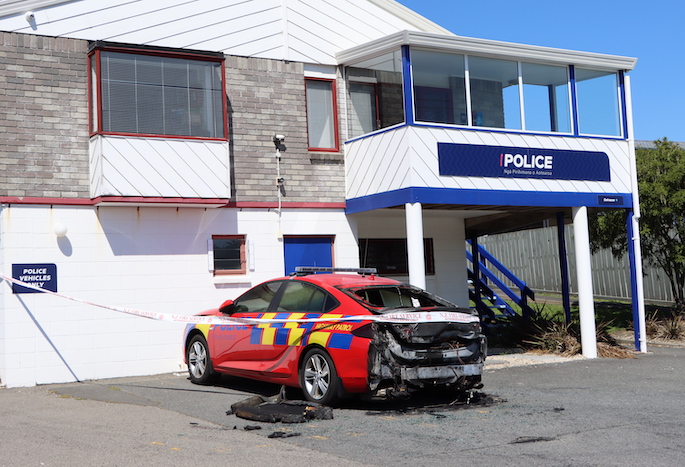 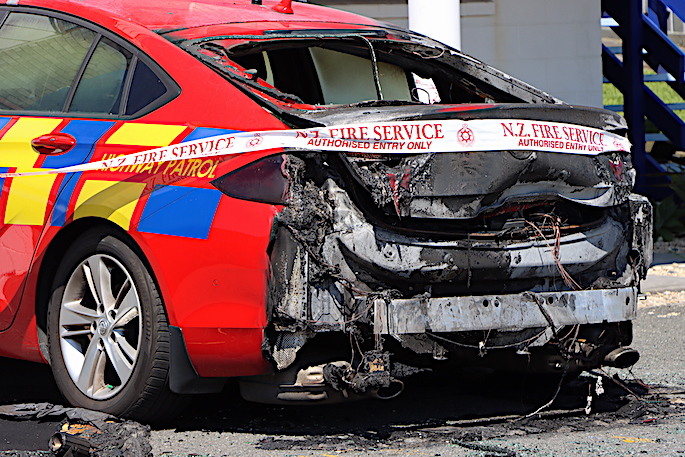 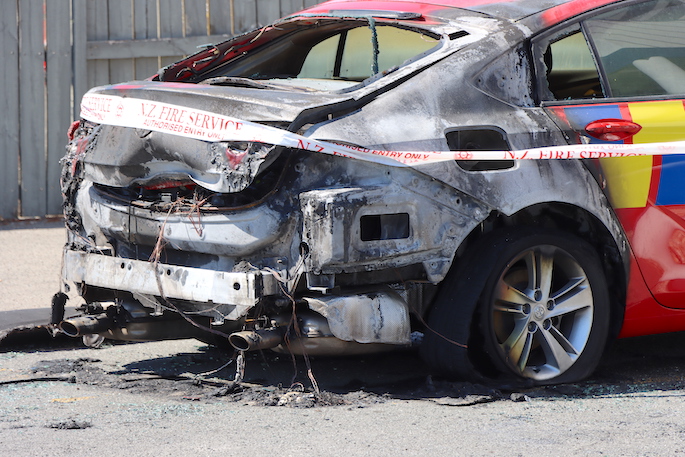 I wonder what they do for a job. Probably the same low lifes who set fire to the other cars at Papamoa last week.

What a complete knob. The rate-payers and tax-payers pay for these idiot!

that the useless prick pays for every cent of damage he caused.