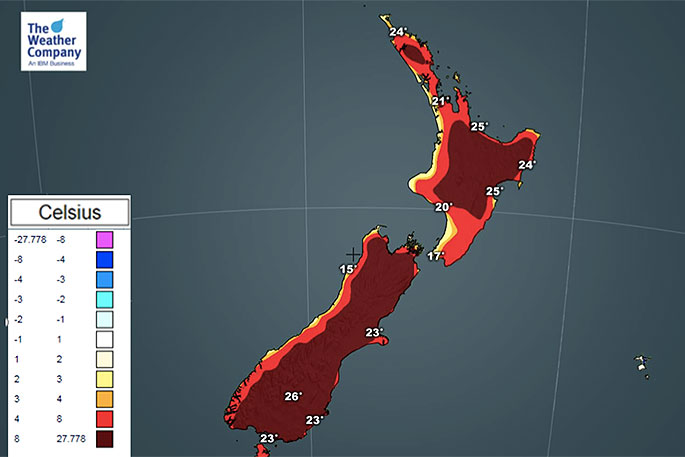 A dry and warmer than average working week is on the way - but the weekend may turn very wet for some.

“It's still early days but a set up this weekend could see a sub-tropical airflow slide down over the North Island bringing heavy slow moving rain,” says WeatherWatch.co.nz

“Rain has been looking likely for a week or so now for this coming weekend, but if this set up can tap into the moisture rich air of the sub-tropics and is also slowed down by a departing high to our north east, then northern NZ in particular may get a deluge.

“It's not yet locked in - we hope by Wednesday to be sure of things.”

Being spring the weather is highly changeable, but WeatherWatch.co.nz said just last week that many regions are in a rainfall deficit and a heavy but warm November rainmaker would be highly welcome by many (although the timing of the weekend isn't usually considered most ideal!). 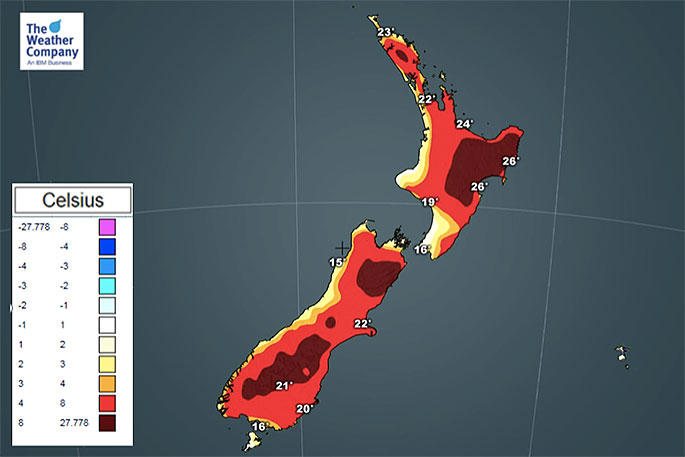 “Temperatures this week are well above normal with heatwave criteria possible in some regions, like Hawke's Bay and possibly Marlborough.

“A heatwave is classed as five plus days with daytime highs five degrees or more above normal.”

WeatherWatch.co.nz says some regions are over 10 degrees above normal today and the hotter and drier than normal weather will continue until at least Friday. 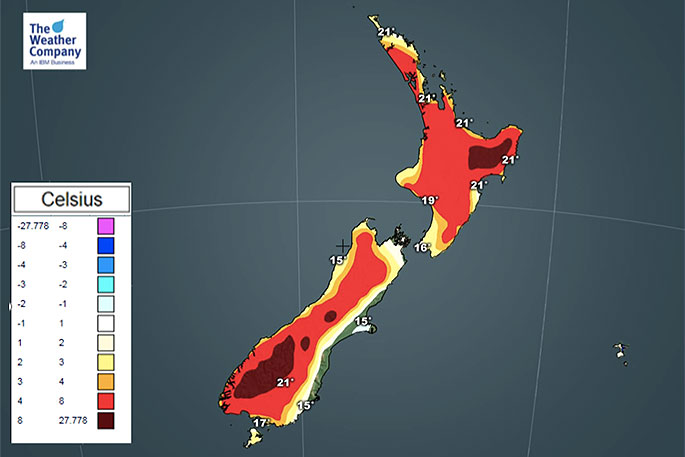