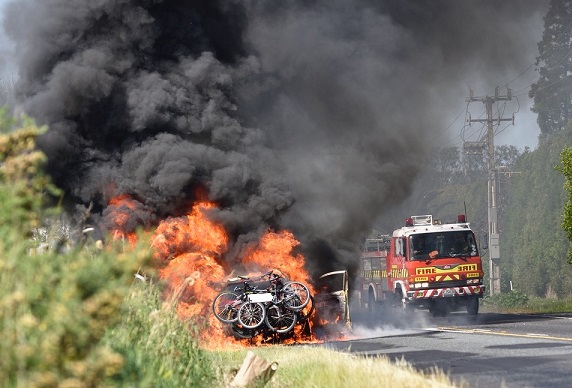 "It occurred about 3.50pm," says Bob Byal, who found the car well alight on Athenree Rd, west of Steel Rd.

Bob says that the sound of an explosion rattled windows.

"All the occupants escaped uninjured," says Bob, who says that the car exploded. "There were no injuries."

Emergency services were called to the scene, and the road has been blocked to traffic.

No reason has been given yet for the explosion and fire.

SunLive will update this as more information comes to hand. 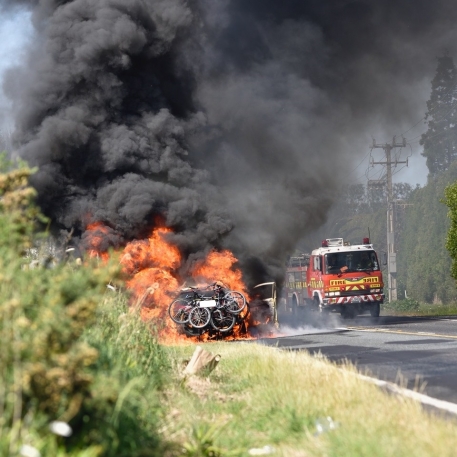