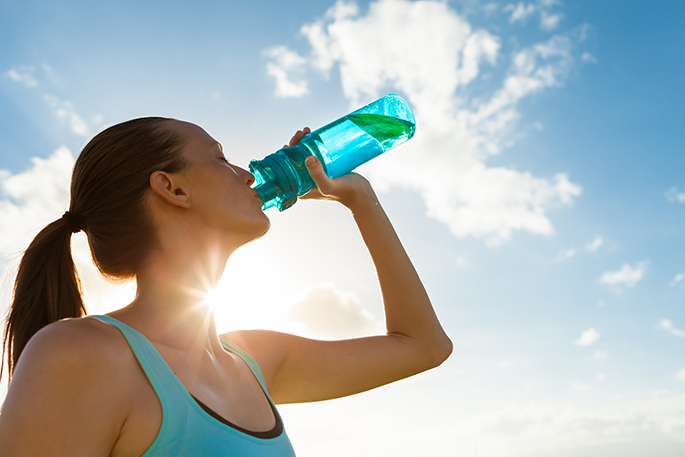 During the final week of October and into the first few days of November, a building area of high pressure over the Tasman Sea has dominated New Zealand’s weather.

“This area of high pressure meant that fronts which would usually cross New Zealand in a westerly airflow, were directed along the southern part of the high and then moved up the country last Tuesday and Wednesday in a southwest airstream,” says MetService meteorologist Andy Best.

“A cold front moved up the South Island during Wednesday and Thursday, suppressing the temperatures in the cool southwest airstream in the wake of the front. For example, Dunedin city recorded a maximum temperature of 20C on Wednesday, but between 15C and 16C the following two days.

“However, on Saturday a warm air mass moved onto the lower South Island pushing the thermometer up to around 30C. This air originated from south-eastern Australia, and as the air moved eastwards over the Tasman Sea it was forced to take a track around the southern extremity of the high pressure, then northeast over the lower South Island.”

Cooler south westerlies this past week have kept temperatures down over much of the North Island, with both Wellington and Auckland only reaching maxima in the mid-teens. Napier’s maximum temperature dropped from 21C on Tuesday to 17C during Thursday and Friday, but by Saturday some of the warm air had moved over Hawkes Bay, and Napier managed 22C.

“Today sees a marked change in conditions across much of Aotearoa, with temperatures expected to rise to the mid to high 20s over much of the South Island, although places west of the Alps stay in a relatively cool air mass, only reaching the mid to high teens,” says Andy.

“The heat moves over much of the North Island today, with places from Gisborne to Wairarapa cracking 30C. Cool sea surface temperatures put a damper on things in Auckland, New Plymouth and Wellington and they stay close to 21C.”

Looking ahead, Andy says that the area of high pressure over the Tasman Sea will start to move northeast during Monday and Tuesday, allowing a trough of low pressure and associated fronts to move onto the lower South Island.

“We expect rain to move onto Southland, North Otago and the Canterbury High country during Tuesday and over the west coast on Wednesday with scattered rain affecting Canterbury and isolated showers elsewhere.

“The North Island should stay mainly fine and warm on Monday, Tuesday and Wednesday apart from low cloud in the west in the mornings and evenings. Temperatures in Auckland should climb to around 23C on Wednesday while Wellington sees temperatures struggling around 17C.” 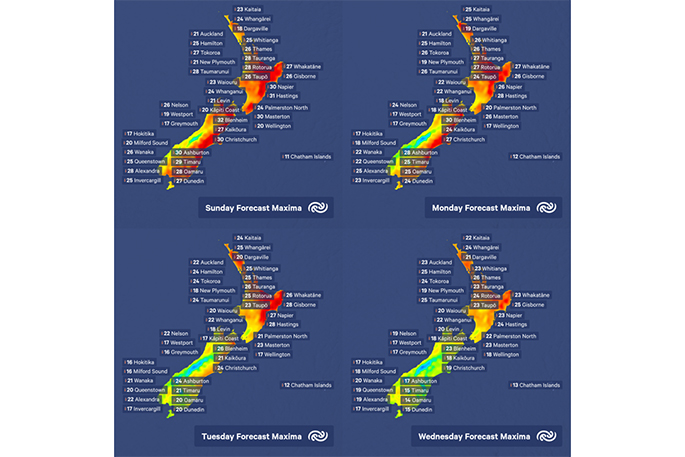