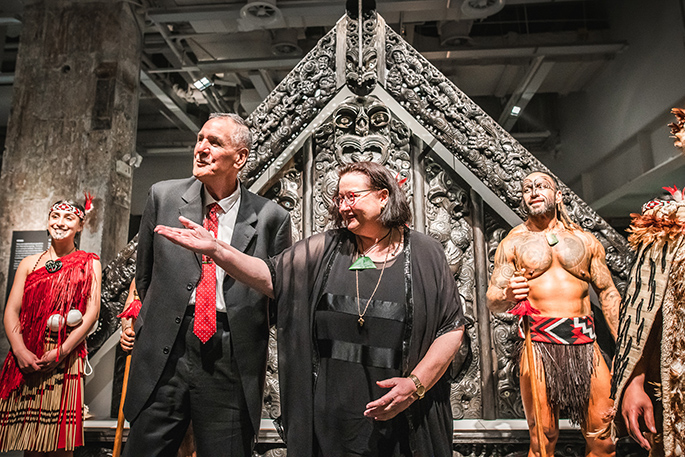 Maori culture is taking centre stage in Shanghai with the Tuku Iho | Living Legacy exhibition playing a major role in the China-New Zealand Year of Tourism.

The exhibition, developed and led by the New Zealand Maori Arts and Crafts Institute based at Rotorua’s Te Puia, officially opened on November 1 in an event which also marked the start of New Zealand Week – a week dedicated to the spotlight on Kiwi culture, products and creativity.

New Zealand’s Ambassador to China, Clare Fearnley, was among the more than 250 guests that attended the event, demonstrating the strength of relations between the two countries.

New Zealand Maori Arts and Crafts Institute general manager Eraia Kiel says the Shanghai exhibition is particularly special because China was the very first place the exhibition was showcased in 2013.

“It is a real honour to return, six years later, and show the evolution of this exhibition, which has not only captured the hearts of audiences around the globe but has opened doors for our tourism and trade partners,” says Eraia.

“Tuku Iho is about connecting people and cultures. Our Maori culture seems to transcend boundaries which allows us to build relationships and forge partnerships.

“People gravitate towards our culture and can sense it is something special.”

The exhibition at Shanghai’s Powerstation of Art features about 70 traditional artworks. It showcases traditional art forms in a number of ways including onsite wood, stone, bone and jade carving, as well as ta moko  - traditional Māori tattoo. 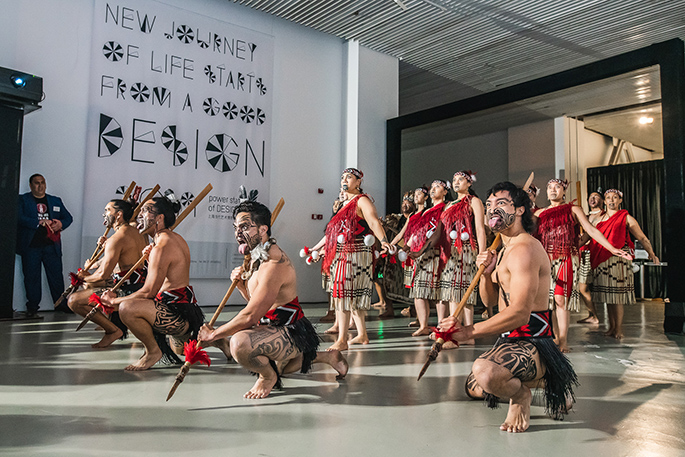 It also includes performances by the Te Puia Kapa Haka group – a specially selected group of some of New Zealand’s top kapa haka performers who will perform at a series of trade and tourism events.

“Seeing the reaction of Tuku Iho around the world is hugely humbling. The people are just in awe and amazed at the beauty of the art, but also at the culture and the connection between the Māori culture and their own culture,” says Eraia.

“While we have brought Tuku Iho to Shanghai, we share our culture with every day with manuhiri from around the world, especially China,” says Harry. “It is Te Puia | New Zealand Maori Arts and Crafts Institute’s responsibility to promote Maori arts and crafts - Tuku Iho is one example of this.”

Ambassador Fearnley described Tuku Iho as a major cultural diplomacy initiative that has been welcomed around the globe.

“The Shanghai exhibition is a centrepiece of the 2019 China-NZ Year of Tourism. At the same time, Tuku Iho marks the launch of the 2019 New Zealand Week of activities, which celebrates and showcases New Zealand and New Zealand’s premium products to Chinese consumers,” says Clare.

Tuku Iho will be on display in Shanghai until November 15.