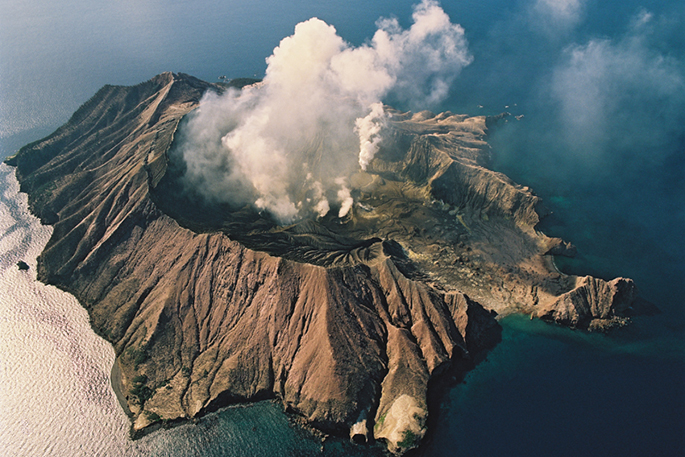 Volcanic unrest continues at Whakaari/White Island and some monitored parameters show an increase in activity, with a level of uncertainty about what this means.

Hazards on the island remain unchanged and the Volcanic Alert Level remains at Level 1.

"Over the last several months, we have observed a change in the amount of SO2 gas output and level of volcanic tremor," says duty volcanologist Yannik Behr

"Both show an increasing trend and are at the highest level since 2016. The SO2 gas originates from magma (molten rocks) at depth and the data suggests a possible increase in gas passing through the volcano from depth.

"Volcanic tremor can occur for many reasons, including the movement of gas through the volcano, changes in the geothermal system, and even surface activity (geysering or ash emissions)."

Changes in volcano monitoring parameters are common and can be explained by a range of processes, including an increased level of unrest, or general variations in background and surface activity.

Slight uncertainty about the exact meaning of these changes arises from these possible processes.

The crater lake level has been rising since early-August.

The rising lake level has impacted the surface activity around the active vents on the west side of the crater floor, and geysering-type activity has been observed in this area.

"Other recent measurements made on the island (soil gas, fumarole and water chemistry, ground deformation, magnetics, visual images from the web cameras, and earthquake activity) show no significant changes.

"Overall, none of the monitored parameters are outside the expected range for minor volcanic unrest and associated hazards.

"While the pattern of signals shows similarities with the 2011—2016 period and could suggest that Whakaari/White Island may be entering a period where eruptive activity is more likely than normal, recent observations can also be explained by the increased gas flux which leads to geysering and lake level changes.

"The link between gas flux and future activity is not well understood and the subject of ongoing research efforts."

The Volcanic Alert Level remains at level 1. There is no change in the Aviation Colour Code: Green.

While Volcanic Alert Level 1 is mostly associated with environmental hazards, eruptions can still occur with little or no warning.