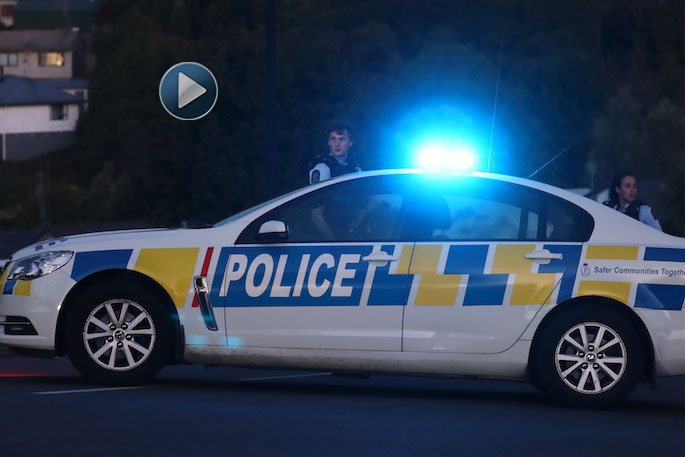 Police were called to Welcome Bay just before 6pm. Photos and video by Daniel Hines/SunLive.

A person has been arrested following an armed callout in Welcome Bay.

Police received a report of what sounded like gunshots in the Welcome Bay area at 5.50pm, says a police spokesperson.

Armed police were positioned on Osprey and Waitaha roads for several hours as police investigated the gunshot reports.

The commotion sparked many of the residents in the area to pile out on to the streets to see what was going, says a reporter who was in the area at the time.

“One man was very agitated and drove through the cordon, forcing police to chase after him.

“He was caught and taken into police custody.”

Cordons were eventually stood down once police had completed their enquiries.

“Police checked the property but no firearms were located,” says a police spokesperson.

“A person has been taken for custody for disorderly behaviour. No other updates available.”