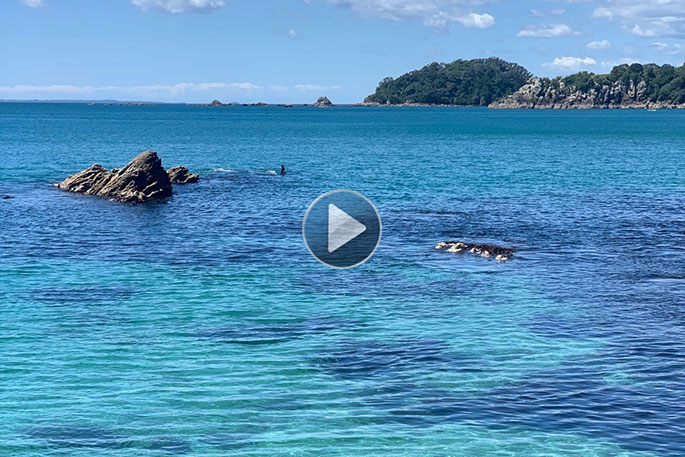 Orca swimming in an around the rocks near Mount Main Beach this afternoon. Photos and video by Jen Harford-Mouldey.

A pod of orca have been seen near Mount Main Beach this afternoon.

While many people were in the beach soaking up the sunshine rays, it appears the marine mammals were in the water hunting rays of their own.

Photos sent to SunLive show one of the whales swimming in and round the rocks near Moturiki/Leisure Island. 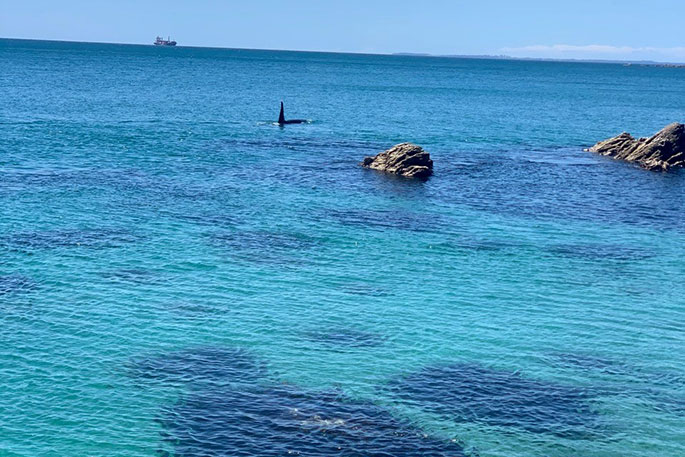 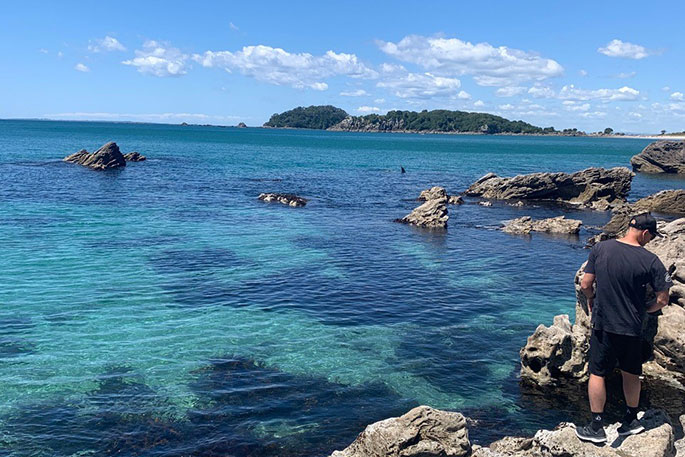 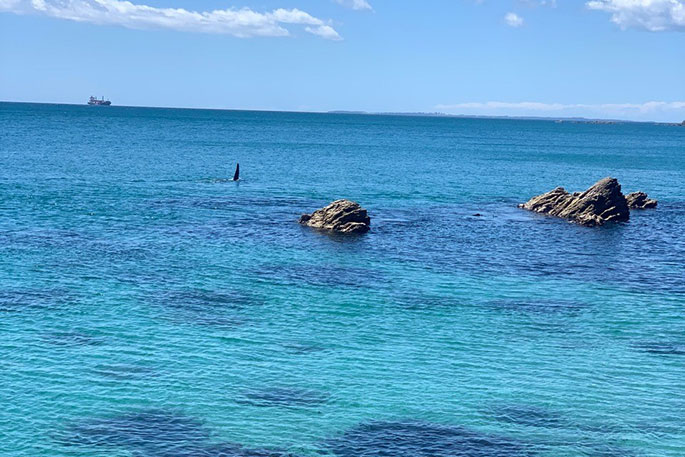 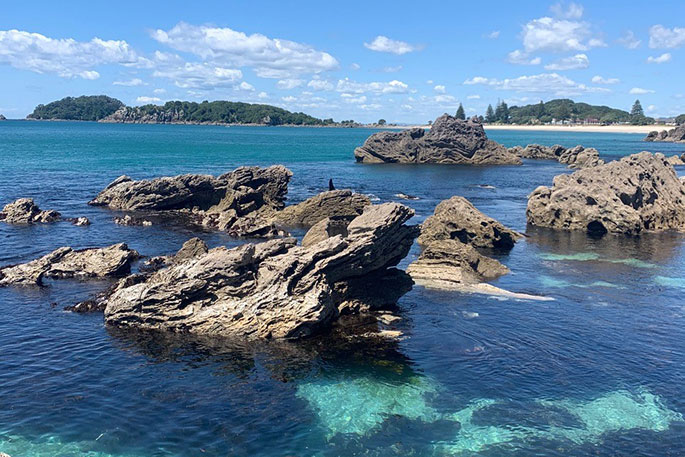 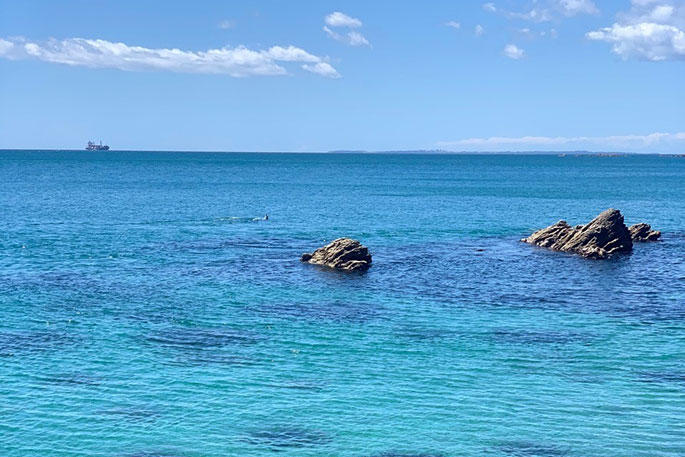 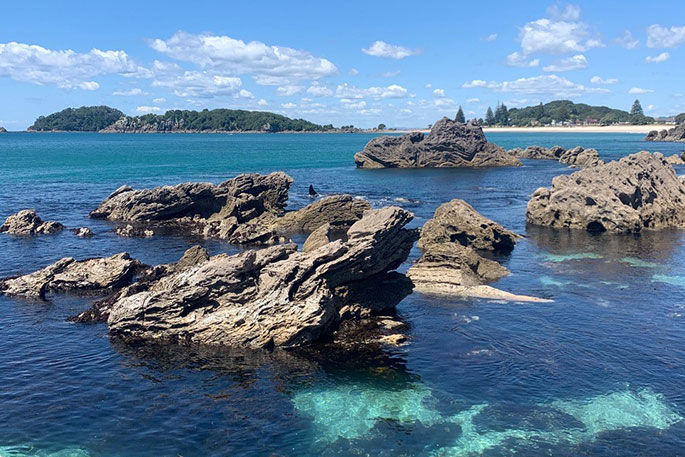 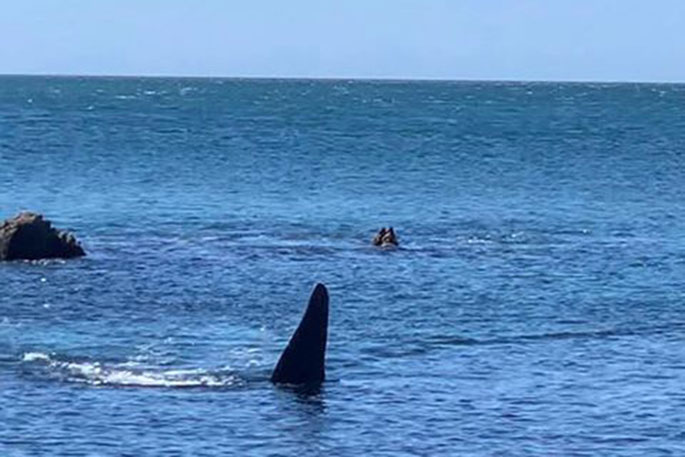 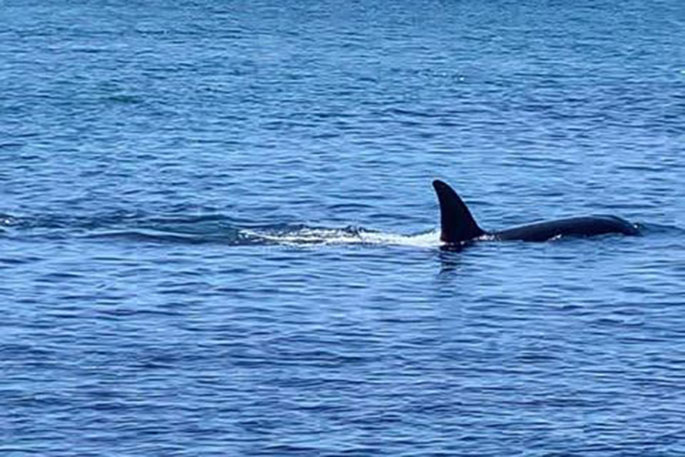 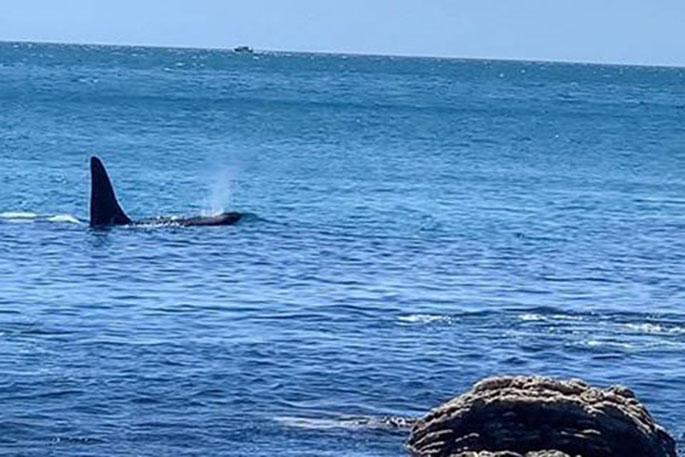 Amazing how Orca can get right in between the rocks around Mauao. It makes me wonder if it simply sting rays they are hunting. Recently over 13 seals have been spotted around Mauao, including a number of pups. I hope the Orca are not feeding on these!