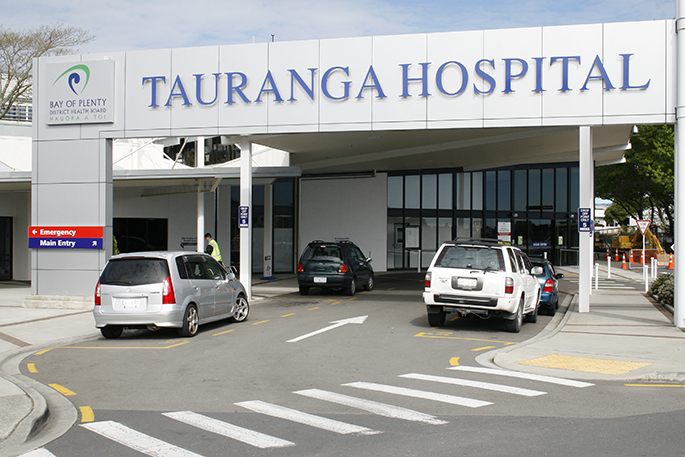 Some elective services at Tauranga Hospital will have to be postponed as radiographers are planning further strike actions.

MITs use X-rays, and other imaging technologies to help diagnose injuries and disease.

They will have taken six days of strikes in the last month and have served notice of more than 80 ‘partial strikes’ across all 20 DHBs starting this week.

“We seem to be at the end of the road with this bargaining. This is the DHBs’ second settlement offer and the best that the DHBs can make – strike action is not going to change that.”

DHBs made a formal settlement offer to MITs on October 18, along the same lines as settlements already agreed by Nurses, Midwives, Physiotherapists, and Radiation Therapists, and several other health work groups.

The offer includes salary increases of at least 11 per cent over three-and-a-half years, a doubling of on call allowances and a lump sum of $1600 for union members to acknowledge delays in bargaining.

“That offer was rejected,” says Nigel.

“DHBs can’t justify offering APEX more than our other clinical workforces and more strike action is simply going to cause further disruption to patients and other staff.

“Facilitation by the ERA is a constructive way forward and we believe it is the only way left to help find a solution. As an independent body, the ERA can hear both sides of the argument and recommend a way forward.

“Facilitation is a statutory process to help groups settle collective agreements. It was used to help find a settlement in the bargaining with NZNO Nurses and Midwives in 2018, and the pay talks with NZ Resident Doctors’ Association Resident Medical Officers earlier this year. DHBs urge APEX to support the facilitation process and lift its current strike notices while the DHBs’ application is heard.”

Bay of Plenty District Health Board elective service manager Dorothey McKeown says the BOPDHB will do everything they can to minimise the impact of the strike action on patients.

“Our priority is ensuring patient safety leading up to and throughout the upcoming periods of industrial action.

“Unfortunately, during these periods we will need to reduce planned services, which will include the postponement of some elective services.

“All affected appointments will be rescheduled as soon as possible.”