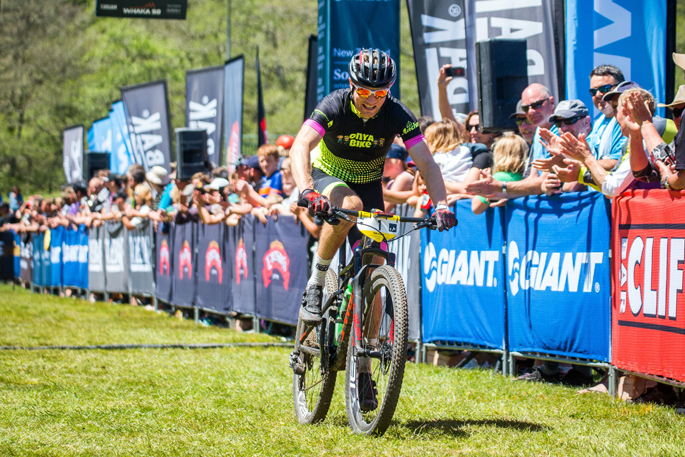 Oamaru’s Tim Rush says he was stoked and felt relieved he was able to take the win.

“It’s more of a relief than anything, probably all of the pressure I put on myself with all of these Aussies coming over and The Pioneer coming up, that I wanted to be ready and wanted to be in good form to test the legs and see how I’m going.”

“I’m stoked with that, I made a few mistakes out there, I fell off and my chain dropped…but that’s riding, you can’t really help that.”

“It started out pretty hot. Jon, one of the Aussie boys, ripped up the first bit of single track and he was descending really well and I thought that’s going to hurt the legs a bit. Then after that we kind of formed a group up the climb and then slowly one by one dropped off.”

Rush says he went over the handlebars and had to catch up to Johnston. It was battle between the two to the finish line, with Johnston finishing 7 seconds behind Rush.

“The last five kilometres I just went to the front and every open bit I went full gas trying not to let him get around because you can’t get past on that single track.”

Australia’s Brendan Johnston says it was a tough day out.

“I struggled with the single track a bit at the start, just not knowing any of it which made it tough. I was feeling good for most of it, just lights went out toward the end and Tim kind of capitalised that.” 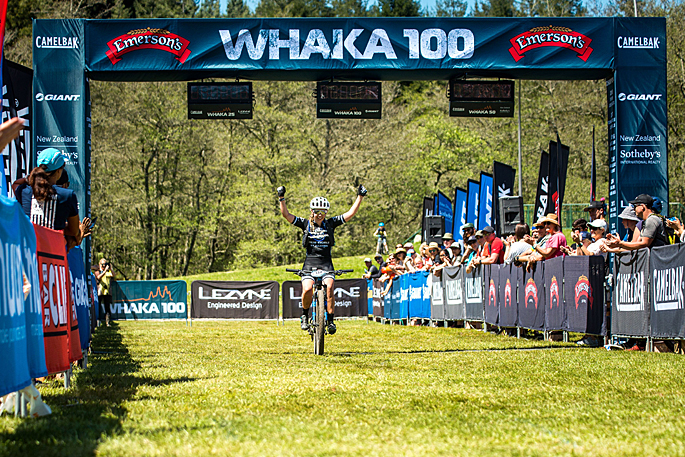 Kate Fluker says it was an awesome day out.

“You never know what to expect because so much can go wrong on the day but everything went really well.”

“I think it was around the 70km mark that I really started to struggle. It felt really close, but I knew it was going to be so far. That was when the mental game kicked in and I just had to persevere and get home.”

Karen Hill says it was her second time taking on the Whaka100 after placing second in 2016.

“It was a battle right from the start, but it was fun. There are great trails, it’s a great race. It’s definitely a really good challenge. Some days you feel good and some days not so good, it’s all part of the challenge.”

Event Director Tim Farmer says the event had a really good turn out with everyone chilling out in the sun watching the big screen.

“There were cameras set up along the last kilometre so spectators could watch the riders racing to the finish line. It was good attendance.”

“The racing was pretty epic and the men’s race was pretty well contested. Last year’s third place Brad Jones pulled out at 19km and then we watched the lead bunch split up and Tim Rush struggle on some of the technical single track but then got to the top of the hill 10 kilometres later and they were all back as a bunch. It’s probably the kind of racing that is really good for the riders and spectators.”

“Pretty stoked that Tim Rush has gone two in a row as well. He has already said he probably won’t be back next year so there will be a new winner next year which is also exciting.”

Around 93 percent of participants travelled from outside of Rotorua, with participants coming from 15 countries.

Emerson’s Whaka100 proudly holds its reputation as one of the toughest mountain bike marathons in the Southern Hemisphere. The event gives competitors a chance to show off skill and endurance in the world-class mountain bike trails of Rotorua.