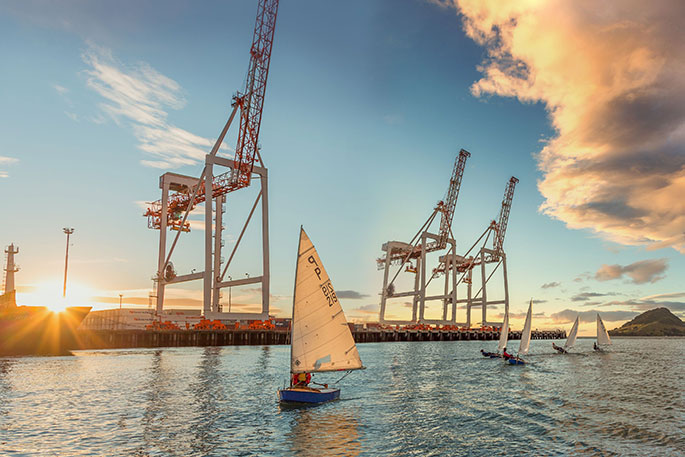 Port of Tauranga is reporting a slight decrease in cargo volumes for the first quarter of the 2020 financial year.

From July 1 to September 30, Port of Tauranga handled nearly 6.8 million tonnes of cargo, a 1.1 per cent decrease on the same period last year.

Log exports dropped 5.2 per cent in volume to just over 1.7 million tonnes, following a sharp decrease in international prices and demand in the past few months.

However, container numbers increased overall to more than 312,000 TEUs, a 5.8 per cent increase on the first quarter of last financial year.

Transhipments, where a container is transferred from one service to another at Tauranga, increased 9.2 per cent to more than 92,000 TEUs.

Port of Tauranga Chief Executive, Mark Cairns, told the Company’s Annual Meeting of Shareholders today that the unaudited Group Net Profit After Tax for the first quarter was $21.7 million, down 6.3 per cent from $23.2 million in the previous corresponding period.

“Based on the first quarter’s performance, and notwithstanding any significant market changes, we expect full year earnings to be between $96 and $101 million.

”This is the same guidance we gave at last year’s Annual Meeting for this year’s record result.”