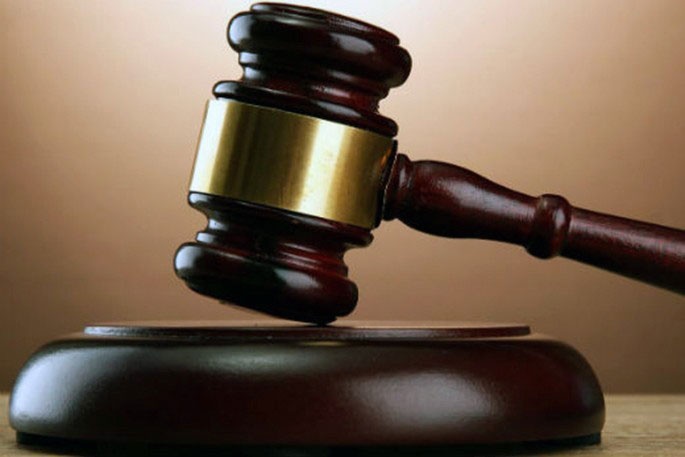 A man who slit the throat of his flatmate's puppy has been jailed.

Micha Brotherston was convicted of wilful ill-treatment and ill-treatment of an animal and was sentenced to 26 months’ imprisonment and disqualified from owning animals for seven years.

This is the longest jail sentence ever handed down for an SPCA prosecution.

The case began on February 5, 2018, when the offender confronted his flatmates, accusing them of stealing his property and ordered them to leave the address, says a statement from the SPCA.

The couple began packing their car with their belongings and with their two dogs, Turbo, a 10-month old Kelpie cross puppy, and Nova, a bullterrier cross dog.

Upon returning to the car with more belongings, the woman saw the offender standing at the driver’s door of her vehicle.

"She saw him holding a filleting knife with a curved blade, which was about 30cm long.  The man had cut Turbo’s throat across the front of his neck.

"The woman had interrupted him while he was cutting Nova’s throat, which was cut across half of her neck."

Turbo jumped out of the vehicle and walked around disorientated, with a large open gaping wound on his neck.

"The cut had gone through the skin, wind pipe, oesophagus, lateral neck muscles and associated structures of the deep muscle of the spine," says the SPCA.

"Turbo collapsed in front of his owner, who held him while he died in a pool of his blood, his tail still wagging."

A veterinarian concluded that Turbo experienced serious pain and distress before he became unconscious and died.

Nova was transported immediately to a veterinarian, and fortunately survived her injuries.

She was given pain relief and the wound was closed with staples, with a follow up of antibiotics for five days afterwards.

The owners of the animals found the event traumatic. They travelled from the scene, with Nova bleeding in their car, to transport her to the veterinarian.

They then arrived at North Shore Police Centre covered in blood from the animal.

“A crime of this nature against an animal is unfathomable,” says Andrea Midgen, SPCA CEO.

"I am pleased to see the sentence handed down for this egregious crime, sending a strong message that the full extent of the law will be applied to offenders who commit these unspeakable acts.”

...more than a wet bus ticket. Hated reading this and find it impossible to understand how anyone could do it. He NEEDS to be locked up.