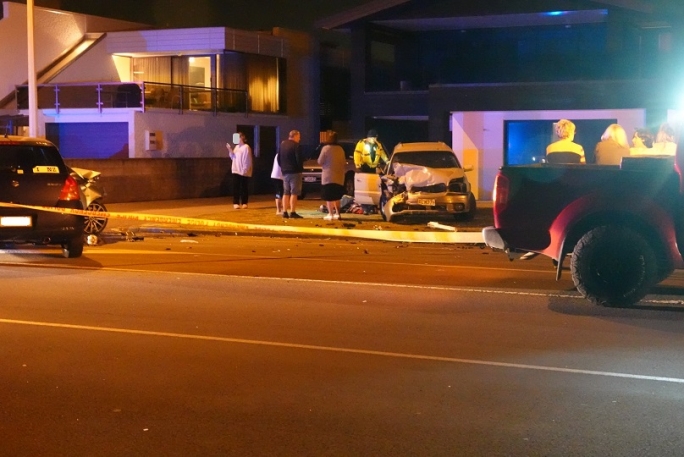 A car crashed at Mount Maunganui on Friday evening leaving one person with moderate injuries.

Police received a report around 9:45pm of a single-vehicle crash on Marine Parade near Clyde St.

"One person is reported to have sustained moderate injuries," says a Police spokesperson.

A witness at the scene told Sunlive that they understand that a car heading east hit two parked cars on opposite sides of the road before coming to a stop on the front lawn of a property.

"There was one occupant in the car - the driver," says the witness. "I had followed the vehicle and was in the process of calling police due to concerns about their driving.

"An ambulance needed to be called from Te Puke."

Police advise that one lane of Marine Parade is open so traffic, which is currently light, is able to get through. 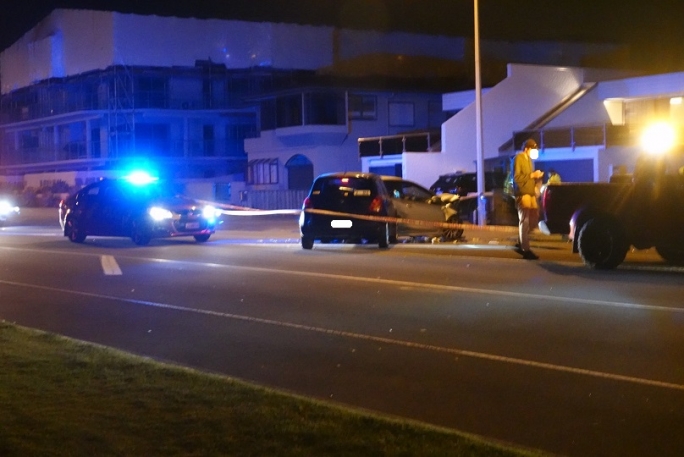