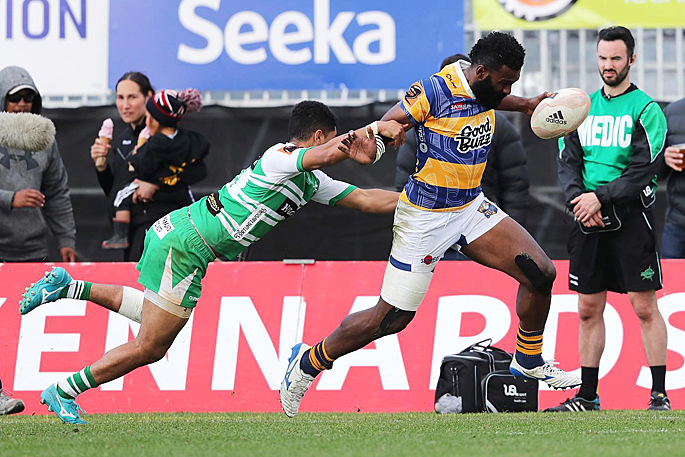 Bay Steamers will look to put a cherry on the top of a stellar season when they take on Hawke’s Bay in the Mitre 10 Cup Championship final.

Steamers coach Clayton McMillan is expecting a titanic battle from both teams when they face each other at Rotorua International Stadium on Friday at 7.35pm.

“I think both teams have gone away from the last time we played and learnt some valuable lessons about each other, without disrespecting any of the other teams that played in the semi-final. It was probably predicted that we would be playing each other in the final.

“When they last played us, they were riding a bit of a wave. Their forward pack had been particularly dominant, but I thought our forwards fronted and taught them a few lessons and that would have hurt them.”

However, McMillan isn’t expecting Hawke’s Bay to make life easy for his team.

“They are dangerous, hungry and have good experience across the park. So, they are going to be very tough to beat.

“But equally, I’ve never had any concerns around my players’ ability to front up and give their absolute best every week.

“Hawke’s Bay had key players missing last time, guys like Ash Dixon who’s a very good leader and can rally the troops, so they will have a few of their key players back into the fold.

“I would imagine they will come and try and assert some dominance back up front. If they do that, then they’ve got some pretty electric backs who will happily feed off front-foot ball.”

McMillan says the side took a lot of confidence from their 60-point drubbing of Manawatu last week.

“We’ve been working hard, obviously there is some excitement being finals week. But it hasn’t stopped the boys from chewing through their work.

“There is a lot to come away with and to be happy about last week’s win. But the boys are grounded enough to know, that was last week and while we take some confidence out of it. The challenge is to try and repeat the process this week.”

Steamers lock Alex Ansley will play his 100th Mitre 10 Cup game, when he takes to the field on Friday, a monumental achievement, McMillan says.

“Alex has had a long history at Tasman and probably this time last year, he didn’t see himself getting to 100 games, and was quite prepared to hang up the boots.

“But we are grateful he had a change of heart. He’s made a huge contribution to our campaign this year, he’s just a wily old customer.

“If you watch him during a game, you see his true value and our guys have learnt a lot from him. To play 100 games is a great achievement.”

Another Steamer reaching a special milestone is Jason Robertson, who plays his blazer game (15) when he takes to the field.

Gates open for Friday’s game at 6.30pm. Tickets for the game can be purchased on Bay Rugby’s website.