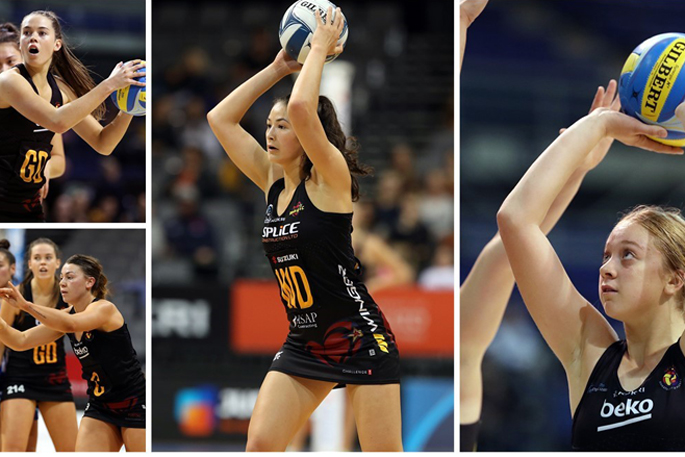 The Waikato Bay of Plenty Magic has announced their four training partners for the 2020 ANZ Premiership season.

Georgie Edgecombe, Ali Wilshier, Greer Sinclair and Khiarna Williams will be part of the wider group who will be working hard to improve on their fourth place finish in 2019.

Magic head coach Amigene Metcalfe was thrilled to have three of the four training partners back from the 2019 season, as well as the inclusion of the 2019 Beko Netball League Player of the Year, Ali Wilshier.

“Georgie, Greer and Khiarna fitted in really well to our Magic environment last season, as we will expect that they bring just as much energy and high work rate this year. They all have great attitudes and will add real value to our preparation, as well as developing their games further,” she says.

“After playing three years in the BNL, Ali had a stand out season this year, and this is an exciting opportunity for her to join the Magic set up. She will have some excellent midcourt players to learn from in Sam Sinclair, Ariana Cable-Dixon and Whitney Souness, and I’m sure she will challenge them as well.

“We are looking forward to welcoming them into the team and seeing what they can bring.”

The Magic get their 2020 ANZ Premiership season underway in March next year, with the team coming together in November to get their campaign underway.