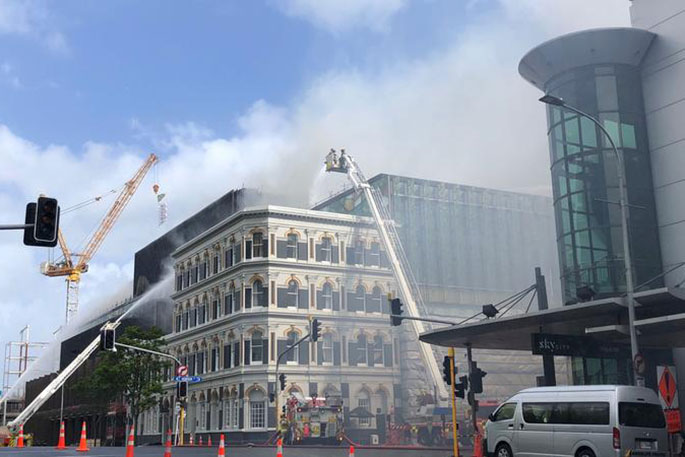 The fire at Auckland's SkyCity international convention centre has been raging for more than a day resulting in nearby offices being shut, roads closed and health warnings being issued.

Follow our live blog to stay up to date with the latest developments: