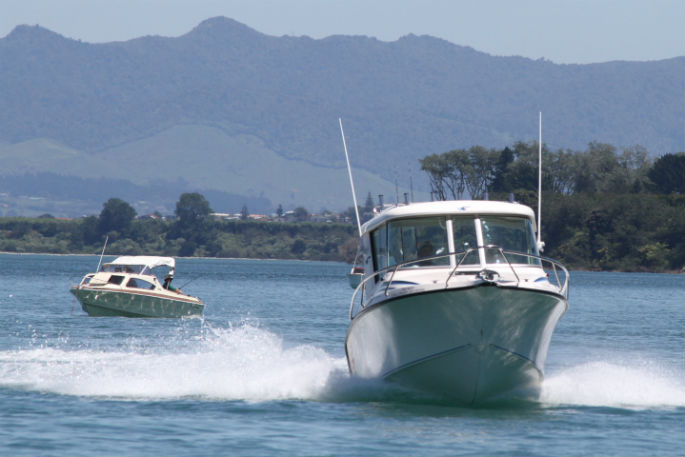 New Zealand’s annual Safer Boating Week starts today in the shadow of a record number of recreational boating deaths during the winter months.

Already this year, 18 people have died in recreational boating accidents, compared to just four in the whole of last year and 12 of this year’s fatalities have been since the end of March.

Leading up to Labour Weekend, the Safer Boating Forum wants to make sure boaties heed the ‘prep, check, know message’ as they start getting ready for summer – prepare your boat, check your gear, and know the rules before you are on the water.

“Tragically, last year’s very low death rate has not been repeated,” she says.

“We want to make sure the upcoming summer does not follow this winter’s trend.”

Sharyn says that with the first Water Safety Month this year, there was growing collaboration between boating and water safety organisations to reduce fatalities and educate New Zealanders to keep themselves safe in, on and around the water.

Safer Boating Week is the first event in the Water Safety Month calendar and there will be publicity and activity from councils and boating organisations around the country.

Safer Boating Week is traditionally the week before Labour Day weekend and uses the slogan “Prep, Check, Know,” to encourage boaties to take simple steps to get their boats and themselves ready before they get back on the water.

Prep your boat: Service the engine, check and change the fuel, check the battery, and generally give the boat a good once-over.

Check your gear: Make sure your lifejackets are still fit for purpose and you have enough, service any inflatable lifejackets, ensure you have two reliable forms of communication equipment – usually, marine VHF radio is best, check the marine weather forecast.

Know the rules: Ensure you know the rules of the road on the water, and check your local bylaws to make sure you understand what the requirements are in your area.

Boating by the numbers 2019

Kayaks were again the most popular form of recreational vessel owned or used by boaties, followed by power boats up to 6 metres and dinghies.

90 per cent of fatalities are men aged about 40 and older.

85 per cent of fatalities occur in boats less than six metres long.

For 75 per cent of fatalities in boats less than six metres capsize is a major factor; 28 per cent for vessels over six metres.

Two/three of fatalities would likely be prevented if lifejackets were worn.

For around 58 per cent of fatalities, no effective communications is a major factor.