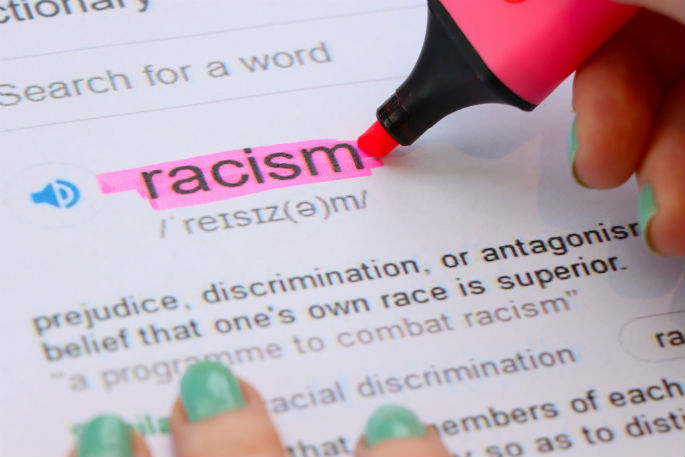 The Weekend Sun reporter Hunter Wells talks about his recent observations of racism in Tauranga.

But I missed my moment. Frankly, I was scared.

The Race Relations Conciliator Meng Foon agrees. “No, we should not stand there in silence. It’s very important that we do speak out against discrimination and prejudice.”

But what do you say to a racist? What do you say that’s going to be effective? Meng Foon, fresh in the race relations hot seat, is going to ponder that one. “Hold a bit of a forum, get some ideas.”

I was a bit more concerned with self-preservation than moral outrage at the time. If this racist was stupid enough to be so flagrant with his hatred then he might also be silly enough to strike back if his views were challenged. I didn’t want to die making a stand. So the racist is still out there spreading his poison with impunity.

Here’s how this story unfolded.

I watched as two New Zealanders of Indian descent walked down a suburban Tauranga street on Sunday afternoon. They crossed the road on an angle. No danger, no traffic. But there was a more insidious threat lurking. A racist.

Short, obese and with a swagger. Was it hatred, or ignorance, or both. He stood there with hands on hips, legs astride, fag in hand like he was ready for a shootout. He watched the two approaching men from the near side of the road before setting off on a path directly towards them. They spotted him and veered out of his way.

Our racist changes direction, back onto a collision course. The two Indian guys suddenly sense danger. In the middle of the empty road they split to give the aggressor a wide path. He passes between them, throws his arms in the air as if scattering pigeons, and marches on.

On the other side of the road, the aggressor paused briefly, looking very smug. His vile work was done, his issue with skin colour satisfied. For the moment.

“It’s not everyone,” reassures the conciliator. “It’s a few small-minded people that have those views, so it’s unfortunate. You have to ask them why?  I don’t know why they say and do these sorts of things.”

Perhaps the Asian phobia. “People are still feeling that now with various ethnicities coming into our country.

But he might know how to change it. Education and understanding.  “Change requires perpetrators wanting to change in the first place. If they don’t want to, it’s like teaching old dogs new tricks. It’s pretty hard.” So Meng Foon’s focus will be on youth, shaping attitudes rather than changing them.

“On the students at schools and promoting ‘give nothing to racism’, don't bully, don’t commit suicide – those sorts of messages, and hopefully they are the future.” Youth may be the way. “Like they are looking at climate change. Younger people stopped apartheid and other stuff.

“But interestingly enough, I'm sure those people with their bad attitudes would love a butter chicken, or take turmeric for their arthritis. They might head down the Chinese takeaway after abusing Chinese people. Now we go and have a takeaway. Sweet and sour.”

I loved your post. Great to see some refreshing sense instead of emotional sensationalism. You sound like a grounded person with no chip on her shoulder. The hope for the future.

You are correct and I am white. However, let me be clear: I do not think people should suffer racism on their own and that is not what I was saying. I would go to the assistance of anyone under attack in a public place (racist or not), and have done so. My point was that people have a right to walk the streets and sometimes need to assert that right. The Indian guys took the line of least resistance (and I understand that) but perhaps if they hadn’t, the aggressor here would have thought again... He thinks he won a victory so he is encouraged to continue the behaviour. Sometimes (most?) you need to walk away, but sometimes, you need to make a stand. (There were 2 of them, and one little fat Racist...)

You assume it was racism...but how do you know it wasn’t typical short man syndrome? Or a little fat dude having a bad day and looking to get one up on the nearest person? I think people need to stop looking for boogie men around every corner. And believe me, this is coming from a fat brown woman who has been at the receiving end of many a boneheaded comment.

Although I could be wrong, I’m going to hazard a guess that you are white? It’s very easy to say “hold your nerve” and “assert that right” but I suspect that not all of those that have been discriminated against feel safe to do so. You’re right it’s difficult to tell from his article about the guy’s motives or background but to suggest that discriminated people should just be more brave is pretty ignorant. It needs everyone in those moments to call it out and help and support those being discriminated. You’re basically saying you wouldn’t cross the road to help, they should deal with it themselves.

How do you know this has anything to do with racism? You are reading a lot into this guys actions and it sounds like he is just an idiot. If this is the worst case of "racism" that you have found then I don’t think we need to be worried.

Sorry but this article has left me more confused about what happened and in fact, using the term ‘butter chicken’ in the title with absolutely no reference to Indian cuisine seems to me to be completely stereotypically racist, what exactly happened here that was racist?

Hunter, you display extreme bigotry in this piece. If anyone disagrees with your view, they are a bigot or racist. I strongly disagree with what you perceived this person did to the Indians, but he said nothing, and did not strike them, but I bet if there were 20 of your type, you all would have attacked the man and beaten him badly. You say children are moving ’Climate change’ along, so you deny anyone else who might disagree with you, that right. Children changed apartheid...? Apartheid is more prolific in NZ than any of the 45 Countries I have travelled, including South Africa. You would not have the guts to publish this because it is not in line with your liberal, far left, outlook on life

I enjoy Hunter’s pieces and consider him a very good writer, but this is just a little too treacly for me. Racism requires calm reason to evaluate it and destroy it, not emotional over-eloquence. I read it to see what actual Racist action had ensued but it appears nothing was actually said. If the idiot considers walking between two people a victory for his bigoted world view then it just confirms he is an idiot. I don’t see him spreading his "vile work" or "poison" by waving his arms about... Rather, it is laughable. The Indian guys should have held their nerve and not separated. If he touches them it is assault, and if he abuses them they can respond or ignore him. All of us should be able to walk the streets in peace and safety, but sometimes you have to assert that right.