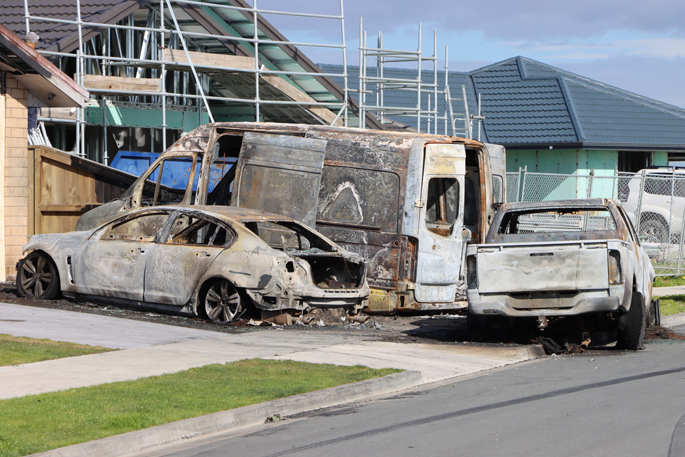 Arson is suspected as the cause of three burnt out vehicles over the weekend.

Emergency services were called to the scene at Kanapa Close, Papamoa East at around 2.55am on Sunday morning.

A police spokesperson says the fire is believed to be suspicious.

“Three cars were on fire. No one was in the vehicles.

A SunLive photographer at the scene on Monday morning says it has happened in a new subdivision, right down the end of Papamoa.

He says part of the house had also caught fire.

“It looks like the vehicles were a VW van, a Holden car, and a Nissan Ute.

“The cars have just been left and the police tape has been removed.” 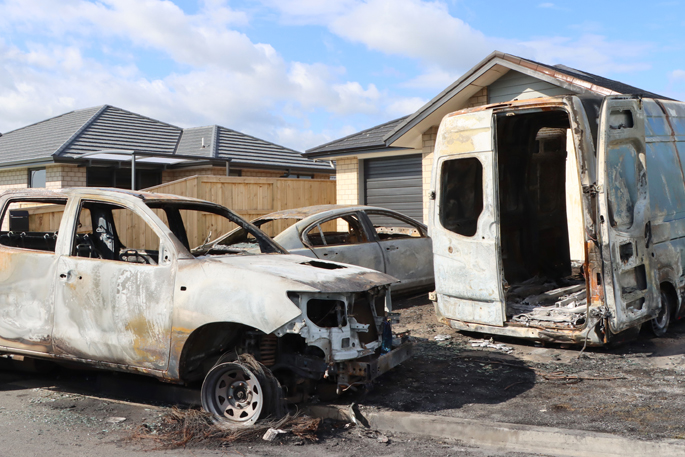