One in custody after Tauranga burglary 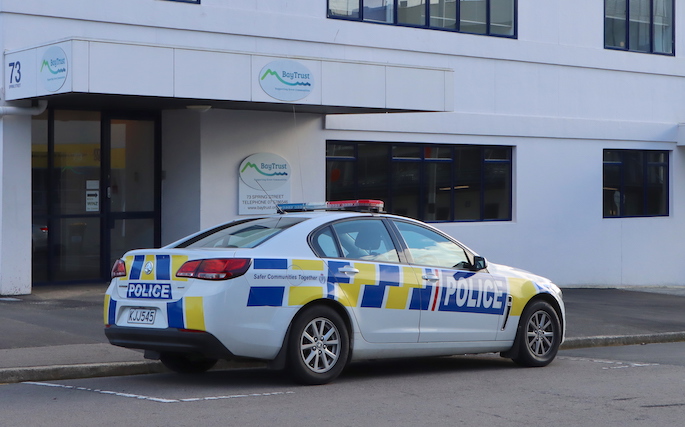 Police have been spotted in the CBD this morning following the burglary. Photo: Daniel Hines/SunLive.

One person is in police custody as officers investigate a burglary in Tauranga.

Police were called to a property on Harington Street at 10.50pm on Sunday, following burglary reports.

“Some items were taken from a Harington Street property, near the intersection of Durham Street and Cameron Road.

“One person was taken into custody.”

Anyone with information about the burglary can contact Tauranga Police Station on 07 577 4300.