King Kohli worth missing rugby for 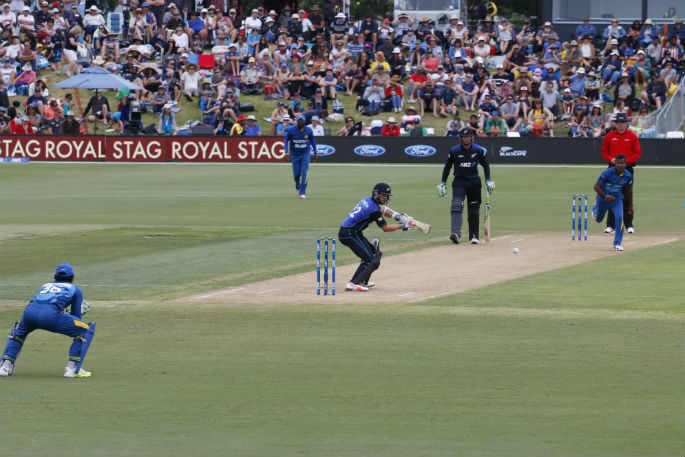 Kane Williamson plays a shot against Sri Lanka at the Bay Oval. There is a feast of cricket coming up this year for local fans.

Sometimes you get lucky as a sports fan when you least expect it.

For me it came last Friday night when I turned on the outstanding SKY Sports coverage of Mitre 10 Cup – or I thought I had.

But instead of the Taranaki v Auckland game I had accidently tuned in to live coverage on the next channel of the cricket test between India and South Africa.

And Virat Kohli was batting. Bang went a straight drive for four off quick bowler Rabada, then another in the same over. Kohli was past his hundred– his 26th in tests – on his way to 259no and clearly enjoying himself. Nobody plays the straight drive with the majesty and style of Kohli. I was captivated.

Rabada bowled fuller and was smashed through the covers, then shorter and those fast wrists took the ball from outside off stump behind square. Magical batting. The close up on Rabada’s face told the story. His inner monologue was something like “how did he do that?”

I forgot about the rugby as the cricket had my attention now. That is what great players can do. They make you take notice and watch them.

Kohli is to cricket what Christian Cullen was to rugby fullback play. Untouchable at his best, innovative, confident bordering on cocky and capable of sheer brilliance. A special talent.

Cricket fans are in for a treat this summer with the top four batsmen in the world all in action in New Zealand. Kohli, Australia’s Steve Smith, England’s Joe Root and Tauranga born-and-bred Kane Williamson are often referred to as the Fab Four in a respectful nod to The Beatles. Fab they are too.

It will not be long before Kohli brings his outstanding Indian team back to New Zealand for what will be the main course in this summer’s Michelin star quality cricketing buffet.

India are here for five T20s, three ODIs and two Tests with Bay Oval hosting the fifth T20 on February 2 and third ODI on February 11. The other internationals at the splendid oval this summer are the venue’s debut Test against England beginning on November 21 and the White Ferns v South Africa T20 before the Black Caps v India match on February 2.

Watch this space for more to come on the significance of the Black Caps playing their first Boxing Day Test in Melbourne since 1987.